Find every Midnight Suns moon seal area is a journey in and of itself, as you’ll be completing challenges and scouring the Abbey grounds for myriad collectibles, all so you can obtain the four words of power. Once you have each of the powers at your disposal, there won’t be a door or barrier in the Abbey that will stay closed in your presence.

Midnight Suns has four moon seals. Each one comes with its own mini-quest and challenge battles. Midnight suns is one of the best PC games released this year, and it’s these optional side-quests that set it apart from other strategy games. Below are the locations for all four Midnight Suns moons seals, and how you can get them. 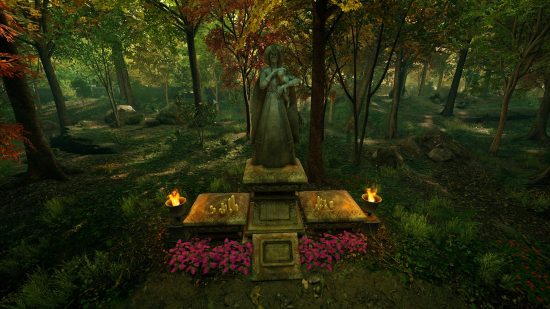 The first moon seal is a bit of a gimme, as you’ll have access to it as soon as you have access to the Abbey. Just interact with Agatha’s statue and the spirit of a dead witch will guide you to the first Blood Gate.

Complete the blood gate challenge and you’ll gain access to Oshtur’s Cavern. Inside you’ll find the moon seal. Place your newly found trinket on the altar found in the same room and you’ll then gain the use of the Word of Power: Open. 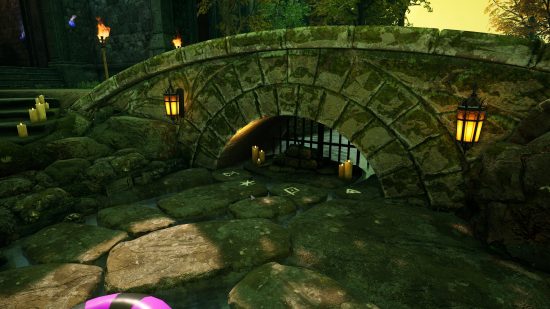 Agatha, the librarian, can help you start the hunt for the second moon-seal. She’ll tell you’ll need an entire set of four elemental rods in order to reveal the seal that sits atop her altar. Here is a step-by–step guide to finding the Midnight Suns elementalrods. When you’ve acquired the four elemental rods, place them on the corresponding plinths at Agatha’s Altar, and the moon seal will appear. 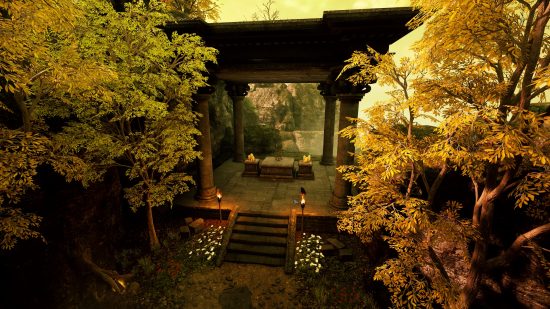 With the Word of Power: Reveal at your disposal, you must now make your way north, to Hiram Shaw’s Church. You can now enter the church by using your Reveal power. You’ll find a red glyph blocking the way. You can quickly travel to the Abbey to speak with Dr. Strange will assist you in dispelling the glyph, so that you can pass.

Eventually, Dr. Strange will eventually reach out to you again and give the tools you need to get rid of that barrier. Head back to Hiram Shaw’s Church and use the Reveal power in the now-accessible room. Three blank parchment pieces will now display drawings of Hiram Shaw’s murders of witches in years past. It’s your job to visit each of the ‘Witch Warrens’ depicted in these drawings to retrieve a soil sample. These are the locations of three witch warrens.

Once all three soil samples are in your possession, head to the hanging tree near Hiram Shaw’s Church, it’s in an outdoor area just up a flight of stairs. Use Word of Power to reveal the third moon seal. You can complete the following challenge to add Word of Power: Purify your abilities. 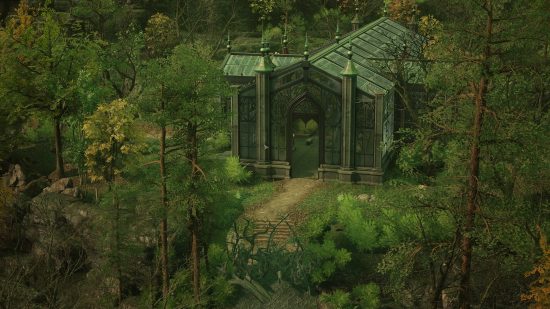 In the northwestern portion of the map, you’ll find the Garden of Envy, which is your next, and last, destination. When you arrive in the garden, you’ll find out that the fourth moon seal has been shattered into pieces, and it’s now up to you to find those pieces and rebuild it. These are the three locations for the fragments of the moon seal:

Once all three moon seal fragments are in your possession, you’ll be asked to collect a mysterious flower. Fast travel to Agatha’s cottage where you’ll find the reagent on the floor. Agatha can be found in the library. Her restoration of the moon seal will enable you to unlock the Garden of Envy’s blood gate.

Here you will find the location of all four Midnight Suns lunar seals. With all four seals collected, challenges vanquished, and Words of Power in your possession, there won’t be an inch of the Abbey that is out of your grasp. Once you’re done scrambling around the hub area, check out the Midnight Suns character tier list so you know who to take into combat, with the best Spider-man build being especially potent for bashing Hydra heads.

Switch vs Xbox 360 Sales Comparation in the US