The best Warzone 2 loadout drops The battle royale game has returned, giving players access their Modern Warfare 2 custom setups. When the devs first revealed Warzone 2 back in September, players weren’t able to acquire entire loadouts from ‘The Shop’, Warzone’s new buy stations. Instead, the shop had the option to purchase custom weapons at a flat fee. However, this decision seems to have been reversed. Loadout drops are now back.

Warzone 2 loadout drop contains both primary and secondary weapons, tactical and deadly equipment, and a perk bundle. Using Modern Warfare 2’s create-a-class system, you can utilise your favourite loadouts on Al Mazrah. After you call in a loadout, be sure to watch out for any flankers that may be looking to claim your hard earned reward. 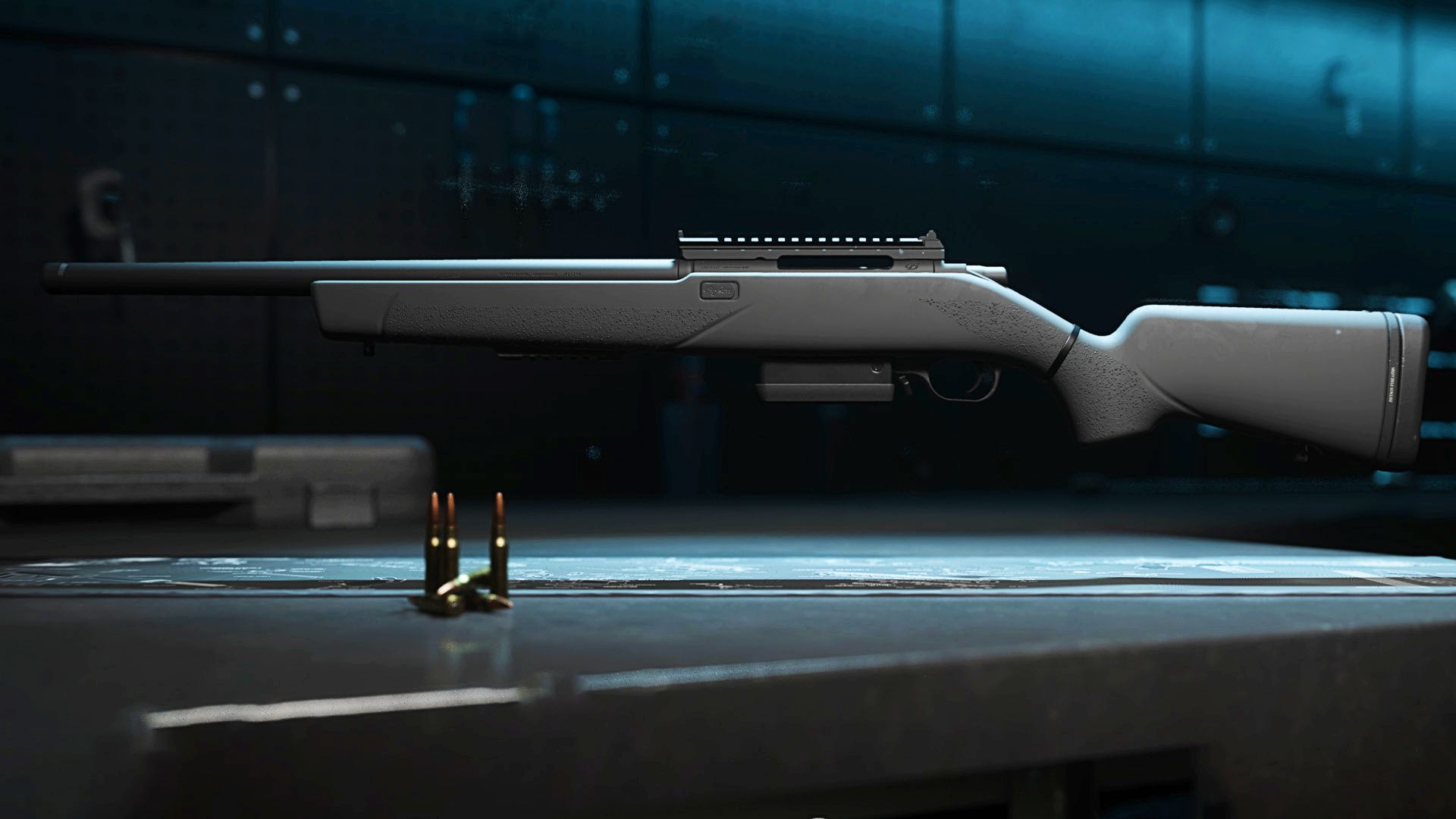 Our Kar98k-replacement SP-R208 will delight returning Warzone players. The bolt-action marksman rifle is a great choice for Warzone 2. It has one-shot kills, lightning fast ADS speed, and clear iron sights that make picking off enemy soldiers so easy. This rifle has a great damage range. However, it is best to keep enemies at medium-long range to avoid any problems.

If you haven’t had the chance to use the Kastov 74u, you need to unlock this powerful assault rifle right away. Though it’s listed as an assault rifle, this weapon behaves like an SMG in every way. The Kastov 74u’s best loadout is capable of eliminating multiple enemies at once, even in close range encounters.

This loadout allows players to be mobile snipers while still having the option to fight close-range if needed. Due to the nature and difficulty of battle royale, the Heartbeat Sensor should prove to be extremely effective against Al Mazrah. Surviving players will tend to remain in safe zones and not push too hard. This can be used to your advantage to hunt down unintentional enemies trying to avoid the circle collapsing. Finally, you can’t go wrong with a Semtex grenade as your lethal equipment. 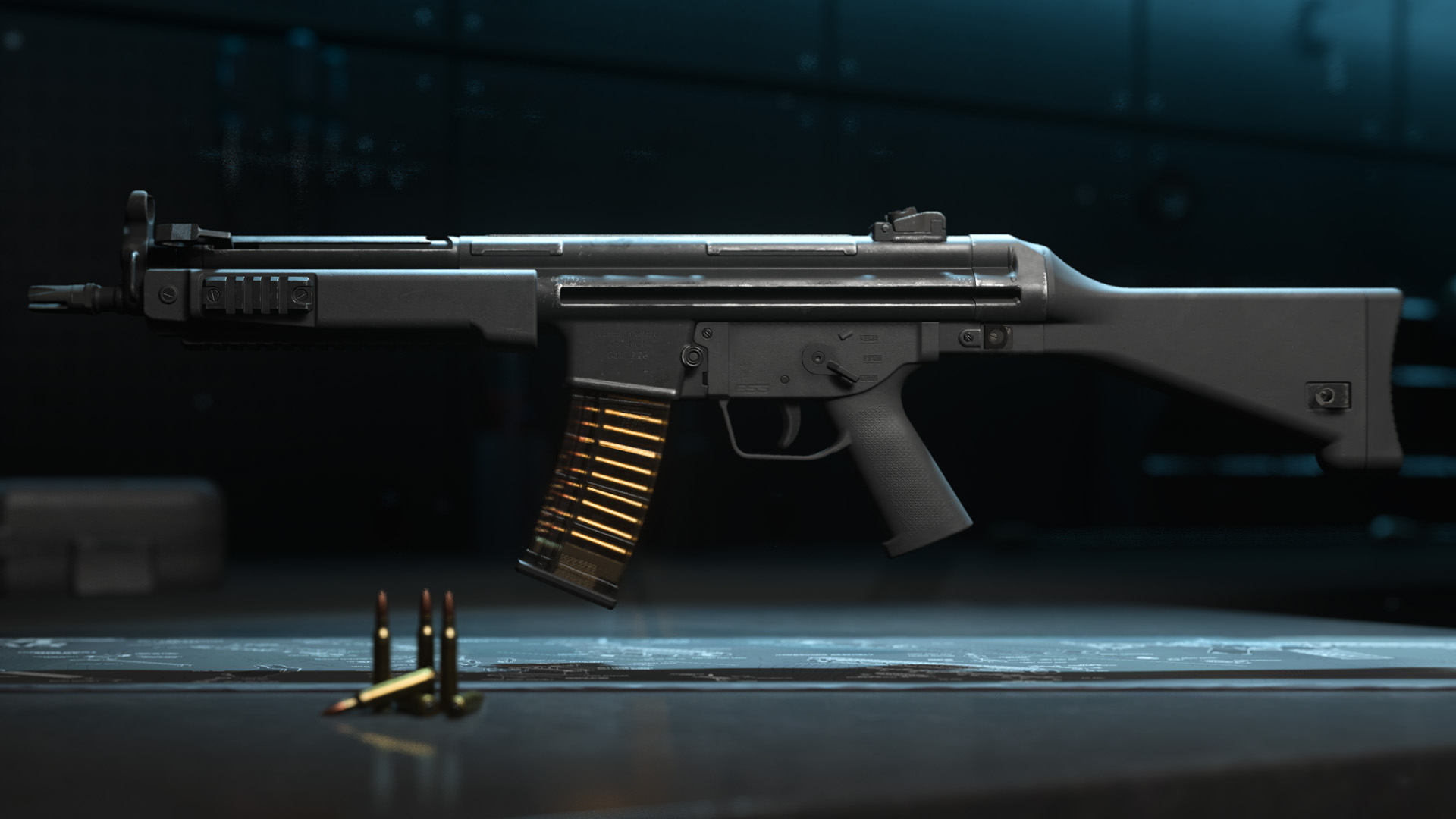 Because of its versatility, the Lachmann 556, an assault rifle that can be customized for long-range battles, is a great choice for Warzone 2. You won’t need to account for any recoil with our best Lachmann 556 loadout, and if you can land shots toward the enemy’s upper torso, you should have no problem taking down foes with stacked armour plates.

We highly recommend using this loadout if you’re brand new to Warzone and you don’t want to faff around with learning recoil patterns. This can be paired with a stun gun to clear rooms, and a semtex gun to destroy enemies hiding in the shadows. 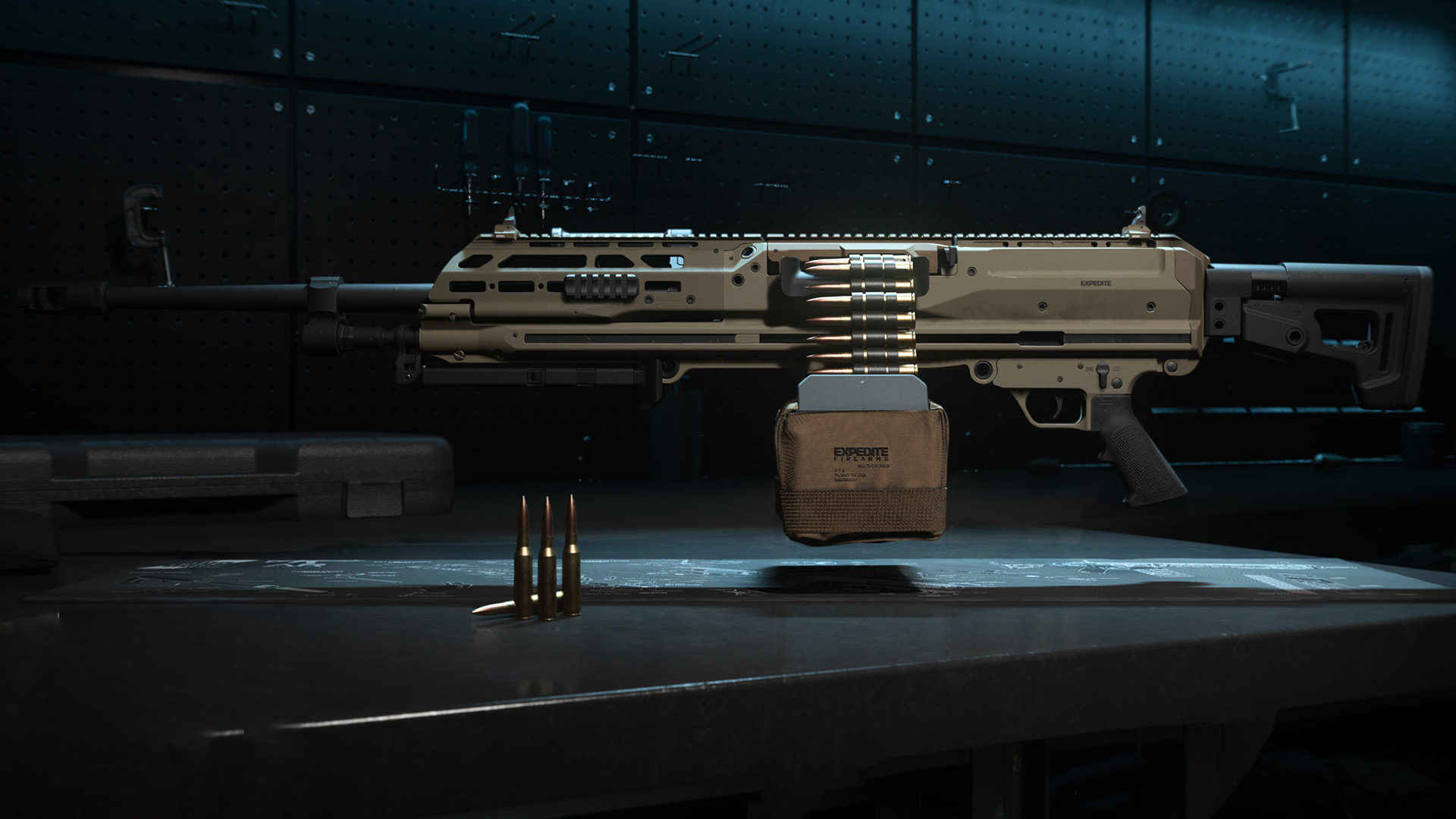 Though LMGs in Warzone aren’t the most popular weapons in the game, they can be extremely powerful in the right hands. The best RAAL MG loadout combines high rates of fire with bullet velocity, recoil control centric attachments and bullet velocity to create a formidable weapon. Don’t just take our word for it, this YouTuber also predicts the RAAL MG is going to create an LMG meta.

If the Vaznev-9K is half the weapon it is in Modern Warfare 2’s multiplayer modes, this gun is going to be a real threat in Warzone 2. The Vaznev-9K has the best mobility we’ve seen in an SMG so far – this makes it the perfect companion to the RAAL MG as you have a lightweight option available any time you enter a cramped building. To get this amazing SMG, use our Vaznev-9K loading guide.

The RAAL-MG is going to be troublesome in Warzone 2 as players haven’t seen what this weapon is capable of on a large map like Al Mazrah. This loadout works well when playing as a team or in a squad. Your teammates can attack from different angles and you can also provide suppression fire. You can finish off your loadout with a stungrenade or molotov cocktail that will flush people from buildings. 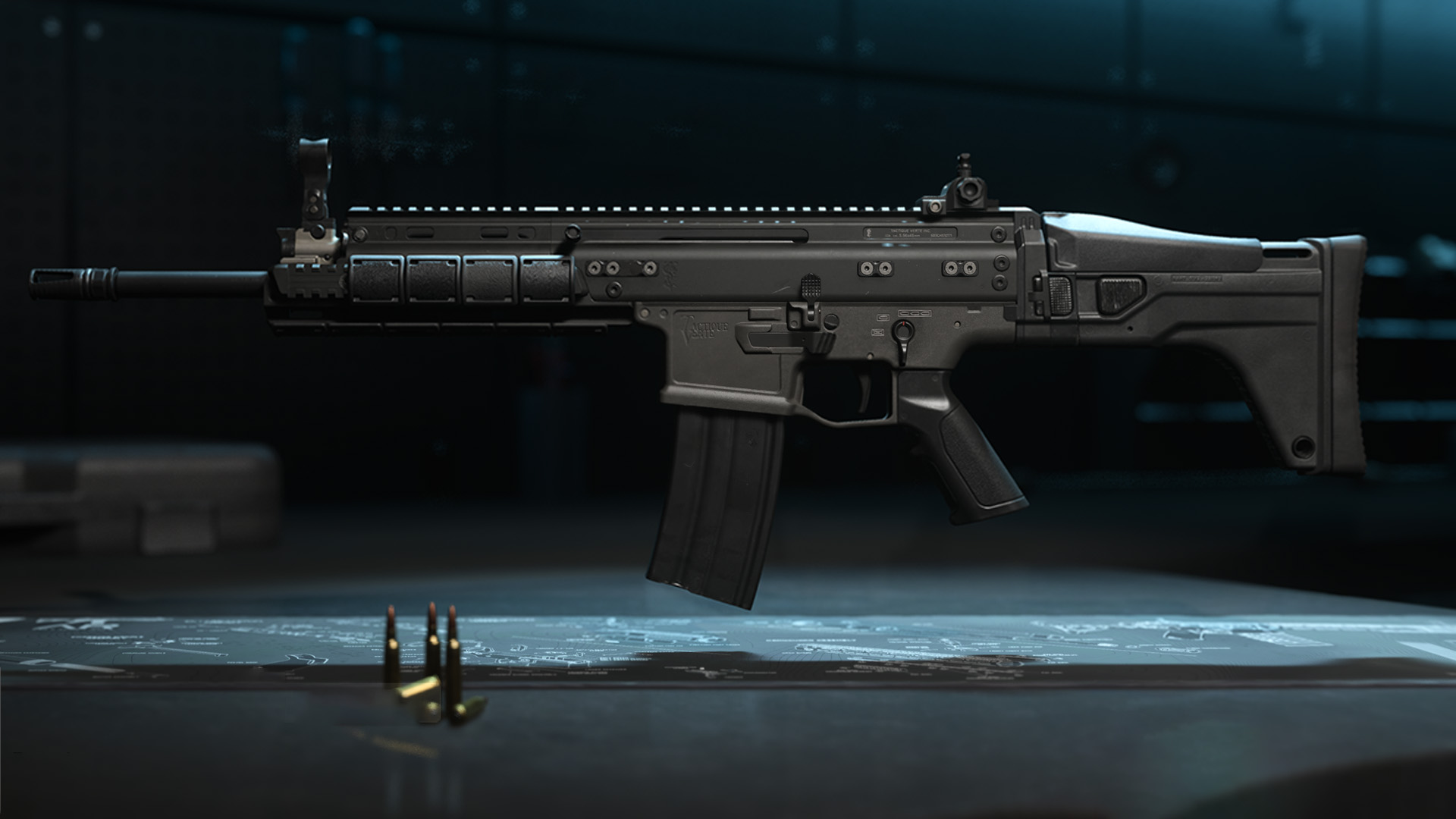 The TAQ-56 (also known as the SCAR–L) is a deadly assault rifle with a fast time-to-kill rate. You can kill the TAQ-56 in four shots. However, you must make sure that all bullets land in the upper torso. Otherwise, things can get complicated. To test out an assault rifle with more damage range and recoil control, use our TAQ-56 best loadout.

The TAQ-56 had to be paired up with the Lachmann Sub SMG (also known as the MP5). The weapon’s rapid fire rate and destructive power make it so deadly up close. You can also customize the MP5 loadout to minimize the recoil.

This combination is a great assault rifle/sMG combo. However, returning Warzone players may prefer it as it rewards accurately aimed shots. You can complete the build by adding a stungrenade or semtex for everything you need to storm through buildings. 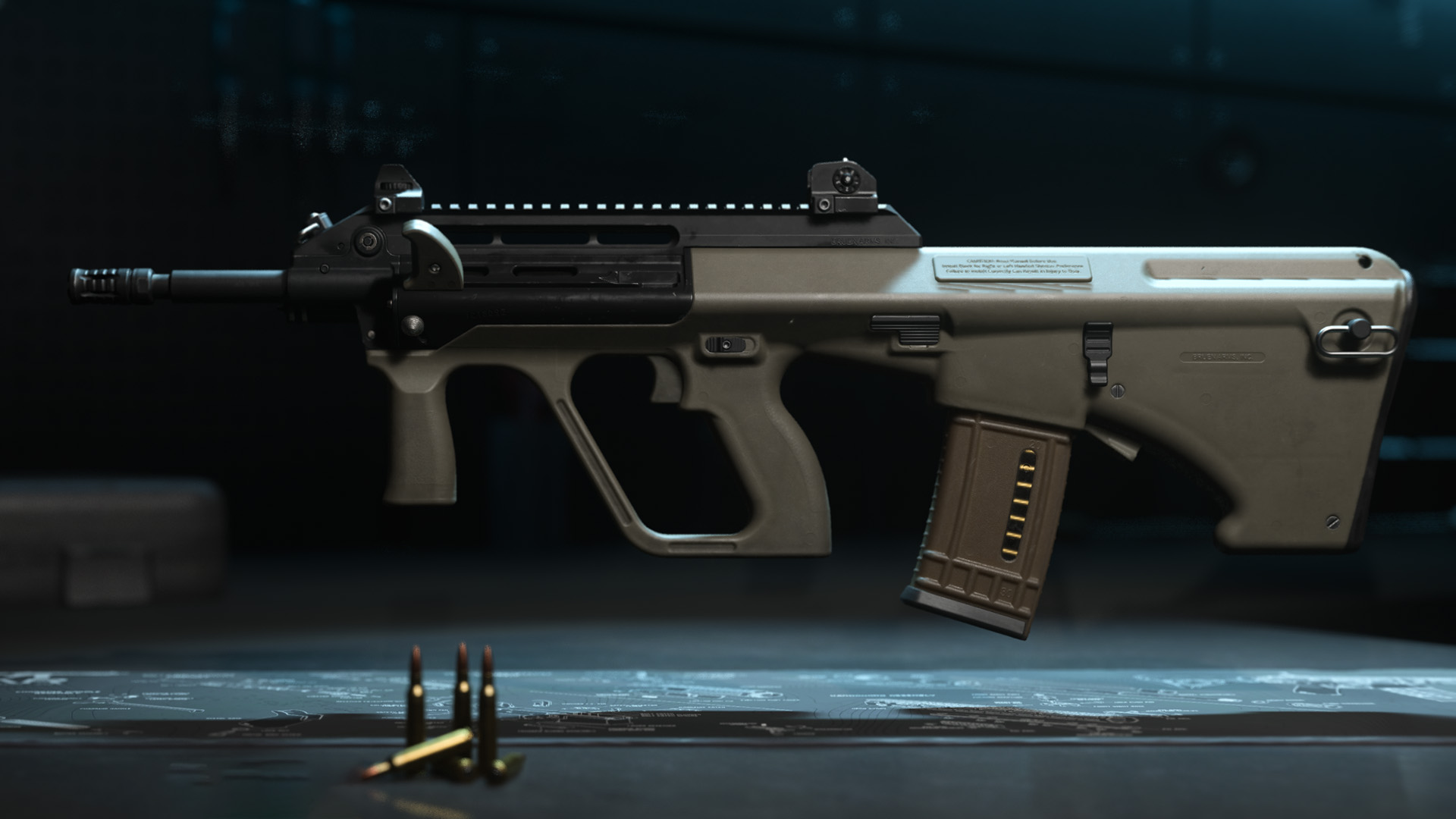 Are you a fan of running at top speed while holding an SMG? You’ve got to try out our best STB-556 loadout to discover how much of a difference attachments can make. When you concentrate on increasing the SMG’s natural mobility, and ADS stats, the STB-556 shines. Once you’ve upgraded the STB-556, you can jump into battles and immediately start firing at your enemies without missing a step.

There are plenty of locations on Al Mazrah where rival squads won’t want to be face-to-face with a shotgun. Although shotguns are not the most common weapon in Warzone, the Lockwood 300 loadout can prove to be very effective in certain situations. To ensure that fights are at close range, avoid staying in buildings.

The Lockwood 300 is a perfect companion to the mobile STB-556 because this loadout combines strength and mobility. You should be able to take out any person within a few metres of you as long as you keep your eyes on the ground and focus on close-range fighting. Flash grenades or molotov cocktails are handy to stop your enemies from getting in your way.

Are loadouts possible in Warzone 2

Based on tweets by Twitter users CODSploitzImgzAn account shared images of an inbound loadout drop. Players can access the loadout drop to view their custom loadouts as well as the default loadouts that are available for new players. They were authentic, but the copyright holder removed them.

The Warzone 2 loadout drops will be sufficient to help you gain a few wins once you are familiar with the new map. Don’t forget to check out all of the changes made to the Warzone 2 gulag to see what the devs have brought to the table this time around. We also have a guide on the Warzone 2 map if you want to take a closer look at all of Al Mazrah’s points of interest.