CAPTAIN TUBASA -RIVALS is a brand new game that uses blockchain technology. It was inspired by the manga series Captain Tsubasa which was published in the Weekly Shonen Jump manga anthology in 1981. The influence of Captain Tsubasa on the lives and careers of football fans around the world has been significant.

CAPTAIN TSUBASA RIVALS allows players to train characters from Captain Tsubasa comics, and then compete against other players. The game’s most important feature is the ability to collect items and exchange them for rewards, such as new support or lead characters.

The characters in this game are generative NFTs, which is a departure from traditional smartphone games. This will ensure that every character has unique strengths and attributes that are randomly generated.

In addition to creating a game strategy that considers various parameters such as characters’ special moves, skills, attributes, and compatibility, the key to victory in CAPTAIN TSUBASA -RIVALS- is to develop a unique generative NFT by training and leveling up your character.

One of the most unique features of CAPTAIN TSUBASA –RIVALS-‘s in-game marketplace allows players to purchase and sell their characters.

“It’s a unique experience to be part of a game that utilizes new technologies like the blockchain and NFTs. While the game is still being developed, I have high hopes for the players’ experience. Yoichi Takahashi author of Captain Tsubasa said, “I hope that everyone can enjoy this new video game.”

“The inspiration for this game was the desire to play blockchain games alongside my favorite characters and IP. “I am humbled to accept this challenging challenge to create new games experiences with everyone,” Shun Fujiyoshi (Producer of CAPTAIN TUBASA -RIVALS).

“Of all the many ways you can use music, I believe that its affinity with games is one of the most powerful. Shinchi Osawa (also known as MONDO GROSSO) said, “Especially in this project, taking multiple ways to a single tune in stems was a groundbreaking idea.”

The project’s goal is to develop a blockchain game model that users enjoy for many years. CAPTAIN TSUBASA –RIVALS -is being developed by the top game studios in Japan. They use well-known Japanese IP, to bring a timeless character into the world Web3.

The launch of CAPTAIN TSUBASA –RIVALS – is expected by the end 2022. You can find more information about the game on the following website or social media channels.

Captain Tsubasa, a soccer manga series by Yoichi Takahashi, was first serialized in Shueisha’s manga magazine Weekly Shonen Jump. It began in 1981. It has had a significant impact on Japanese soccer fans. The sequel showed the growth of Tsubasa Ozora, the main character, and his friends. Captain Tsubasa Rising Sun first appeared in Shueisha’s Grand Jump semimonthly magazine up to 2019, and then began appearing in Captain Tsubasa Magazine (an extra edition of Grand Jump) in 2020. In Japan, more than 70 million Captain Tsubasa paperbacks and books have been sold. The magazine is extremely popular and has been published in many countries. For more information about Captain Tsubasa, please visit https://captain-tsubasa.com.

BLOCKSMITH&Co. KLab is responsible for developing and distributing KLab’s Web3 services. This subsidiary is located in Tokyo.

Thirdverse Inc. is a virtual world game distribution and management company that paves the way to the metaverse. 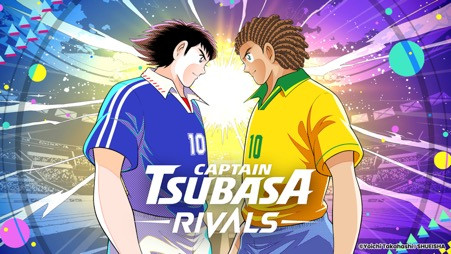 This content was distributed by Newswire.com’s press release distribution service.

The New TimeSplitters Must Have Split-Screen Multiplayer with Bots