Dark Souls sequel Nightfall, being developed as a mod for the defining, Soulsborne, FromSoftware RPG game, has posted an update explaining that the game is being “expanded” following the success of Elden Ring, as the creators look to “up the ante” on boss fights.

Following directly from the events of the first Dark Souls game, Nightfall takes the “Dark Lord” ending as canon, and thrusts players into a Lordran where the Chosen Undead is ruling a new age of dark after defeating Gwyn but refusing to light the final bonfire. After releasing a demo in January, updates regarding Nightfall have been sparse, but a new video showcases the upcoming mod’s new features, as well as outlining how the development team is looking to rebuild and reinvent some of its mechanics following the success of Elden Ring.

“The scope of Nightfall has expanded somewhat,” the developers explain. “It was becoming harder and harder to stomach the thought of shipping it with rough edges like outdated light maps, clunky animation transitions, and linear quest lines, especially compared to the standards set by Elden Ring.”

Nightfall explained that the team has implemented new tools and developed core mechanics to accommodate feedback from January’s demo. “The mod will be better off for it,” the team explains. 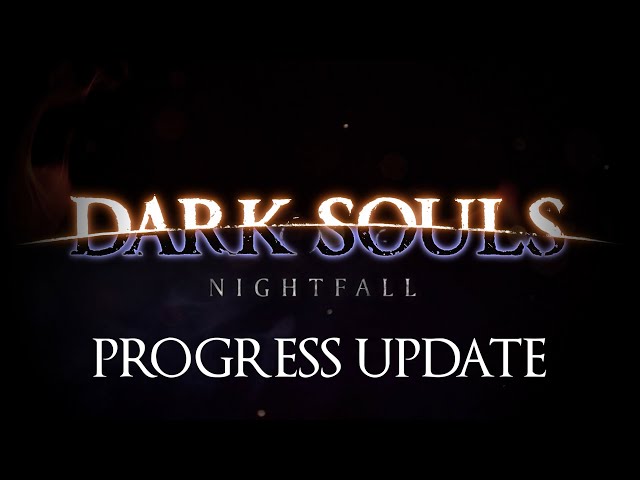 “We’re really trying to up the ante on our boss fights. It’s easy to forget in hindsight but many bosses in Dark Souls 1 literally only have five or six attack animations. We’re definitely not trying to adopt every page from Elden Ring’s boss design playbook, but game design has come a long way in 11 years and we have started focusing on using animationary targeting, event scripting, and other techniques to add more behaviours, more interesting gameplay, and more memorable moments to what we previously might have quietly described as filler boss content.”

There is currently no firm release date for Dark Souls: Nightfall, but the team is “working on it consistently [and] getting closer to release every week,” adding that the coming winter months will allow the developers more time to focus on the project following the “asteroid-sized distraction of Elden Ring”. If you want to try out the original Nightfall demo, it’s available now on Nexus Mods.

Check out Dark Souls and other great games while we wait for Nightfall. As we get closer to release season, you might want to check out some other open-world or upcoming games.

The Global Launch of 'Black Panther: Wakanda Forever’ Music From and Inspired by Soundtrack on November 4