FFXIV 6.3 Patch details and everything in Live letter 74


Naoki Yashida, Final Fantasy 14 Live Letter 74’s game director, has revealed the details of the FFXIV 6.3 update, including release date and other details. Yoshi-P, a community producer Toshio Murouchi joined Yoshi-P to discuss what the next major update will bring the MMORPG’s critically acclaimed fans. There was a lot of news to be revealed during the livestream, including the patch title and new MSQ content. The fifth Ultimate is the next part in the Alliance Raid series. PvP tweaks were also included.

FFXIV 6.3 ‘Gods Revel, Lands Tremble’ releases in January 2023. Yoshida says it should be early in the month but, asked by an enthusiastic user in chat whether January 3rd is possible, he says, “No – I’d personally be okay with that, but it’s a bit… you know.” He explains that it would be too stressful to release the patch by the end of 2022 and that he does not want to push the team too hard over the holiday season. Yoshida mentions that this Live Letter will be the first part in patch 6.3’s reveal. This means that screenshots will not be available. In-game footage will follow in the next Live Letter.

Yoshida states that players can expect the normal continuation of the main scenario quest and new sidequests. Tataru’s Grand Endeavor and the Tales of Newfound Adventure will both continue, along with yet more Somehow Further Hildibrand Adventures in patch 6.35, when we will also see Tribal quests arriving for the crafting classes involving Endwalker’s lovable Loporrits. Yoshida says that Zero, a newcomer to the game, is very well-received by fans.

The new MSQ Dungeon Lapis Manalis was given the name. Screenshots show a snowy area and a rocky cavern. The translators note that the Japanese name for it includes “snow mountain,” giving hints about what we might see. The next trial will be held, with a matching extreme. However, details are being kept secret. Next Unreal Trial Sophia is in Containment Bay, P1T6, continuing the tradition of Warring Triad bosses within the classic-difficulty Unreals. Yoshida comments that there is “So much brain training in this fight” while Murouchi recalls “A lot of gimmicks and mechanics in this one.” 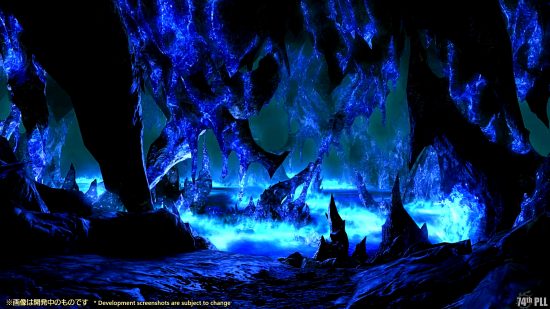 A fifth version of the announcement was also made. Ultimate Duty – typically the most challenging endgame content in FFXIV. Like previous Ultimates it will arrive two weeks following the release of patch 6.3. Yoshida said that he will reveal more details in the next Live Letter. However, there are no details about who it will be. The pair joke about some suggestions in the comments, such as a ‘Cape Westwind Ultimate’ and a ‘Tataru Ultimate’ – of the latter, Yoshida laughs, “How many clones would she have to make?”

A new Deep Dungeon Patch 6.35 is the beginning of Eureka Orthos. To be able to take Eureka Orthos, players will need to complete the Base Endwalker MSQ as well as progress to Floor 50 of Palace of the Dead. Yoshida says that players should view PotD as a “tutorial for the game mode.” He notes that because alt jobs can be leveled in the Deep Dungeon, you will also need to be level 81+ to enter. Murouchi also remarks on the recent completion of the ultra-hard FFXIV mode solo by a player on all the game’s base classes.

Patch 6.3 will be an odd-numbered update and will include the next stage of the 24-player game. Alliance Raid and Myths of the Realm. Yoshida claims that the previous entry was much more popular than expected among players. A new Treasure Dungeon will be available for treasure hunters, The Shifting Gymnasion Agonon. This treasure map can be accessed via an Elpis-centric treasure route. The Gold Saucer fans will have the opportunity to participate in a new course that teaches jump puzzle Leap of Faith.

Duty Support An update is currently being made for the remaining Heavensward Dungeons. This will allow players to share the content with story-relevant NPC friends. Yoshida also remarks that a redesign is in the works for the third boss of the Aetherochemical Research Facility, but emphasises that “No, we’re not changing history” in response to jokes in chat. 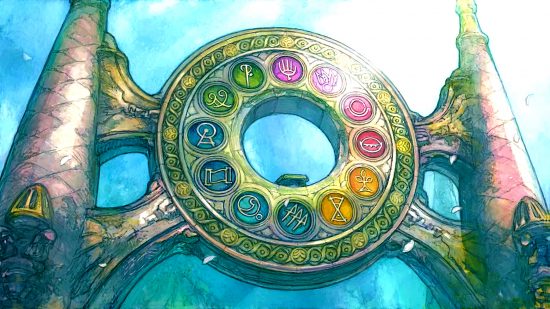 Paladin is going to see some adjustments – speaking about job adjustments, Yoshida initially remarks that “There are no plans currently for big changes” but then corrects himself to note that “Actually Paladin rotation will change a lot, it will fully change.” Several comments ask Yoshida about potential updates to FFXIV’s limited Blue Mage job, to which he answers that “We will do Blue Mage at some point but please wait a bit more.”

PvP actions will be adjusted ahead of the start of PvP series 3 and season 5 Crystalline Conflict. Crystalline Conflict’s new Kugane arena has been shown. It appears to have piles of gil across the floor. This suggests that a mechanic involving Yojimbo may be in the works.

Gatherers and crafters can look forward to new custom deliveries in patch 6.3, with ‘Tool Enhancement quests’ promised for 6.35. Yoshida says that Skysteel will be making a comeback in the region. There are also lots of quality of life tweaks for fishing to make more details visible in the Fish Guide, along with the introduction of spearfishing in Upper La Noscea – making it the first region from base A Realm Reborn to allow diving.

FFXIV’s Island Sanctuary Yoshida promises players that they will see more updates in patch 6. It is now possible to collect all yields and drops in the area at once. You also have plenty of new materials and items. Three such creatures are shown off – a Griffin that Yoshida suggests might damage the environment, a Tiger that he says “might destroy everything you’ve built if you leave it alone,” and a tiny Morbol that he implies might multiply if left to its own devices. 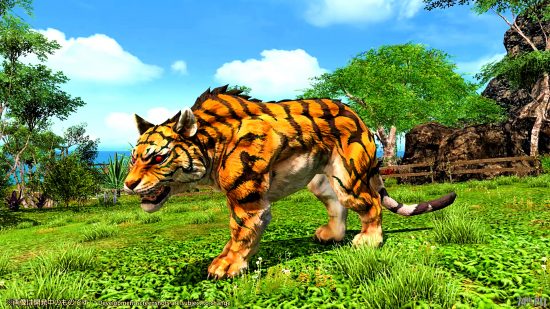 Regular player housing is also on the horizon. There are expected to be 1800 plots in six wards with six subdivisions. Each World will have six Worlds.

Some large Quality of life tweaks are coming to the game’s UI. Firstly, damage types will now be displayed on both the battle log and the ‘flying text’ that appears, detailing whether damage dealt is physical, magic, or unique in type. There’s a new option to display the remaining time on buffs and debuffs in the party list, with Yoshida commenting that “I don’t want to be told, ‘We’re using third party tools because the feature is not in the game,’ so here you go!” There’s also a third UI theme on the way, although it isn’t shown off today, and player’s adventurer portraits will now be displayed when matching for group activities.

There are also many tweaks to fashion accessories, glamours and dyes. Yoshida says that the team discovered a bug in testing the use of actions while holding fashion accessories and isn’t sure if it will be fixed by 6.3. However, you will now much more easily be able to glam and dye your retainers’ gear, as well as glamouring your own gear from your retainers’ inventories directly. 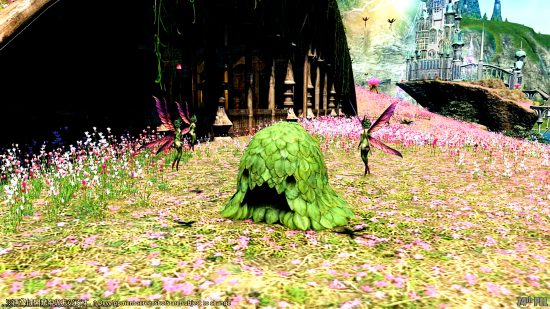 Final Fantasy XIV patch 6.3 is titled ‘Gods Revel, Lands Tremble’ and releases in January 2023. Unless stated otherwise, the following updates will be made for patch 6.3. 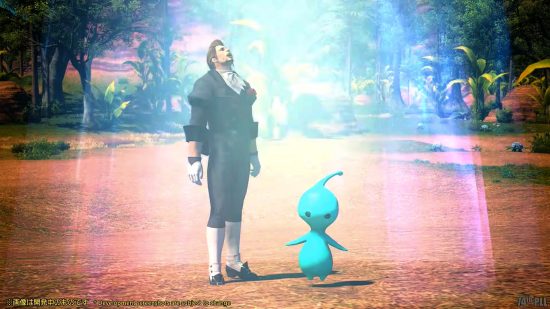 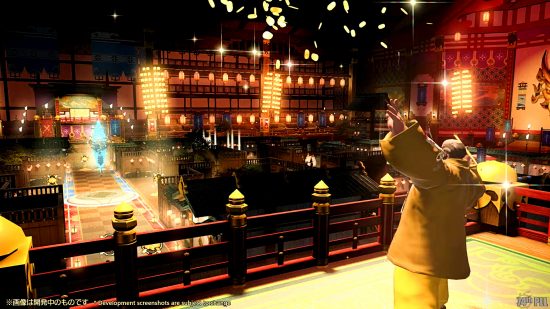 Below is the complete livestream. However, it’s in Japanese with English language slides. Miuna Minori and Iluna Minori (link opens invitation in a new window), are to be commended for their outstanding live translation work. 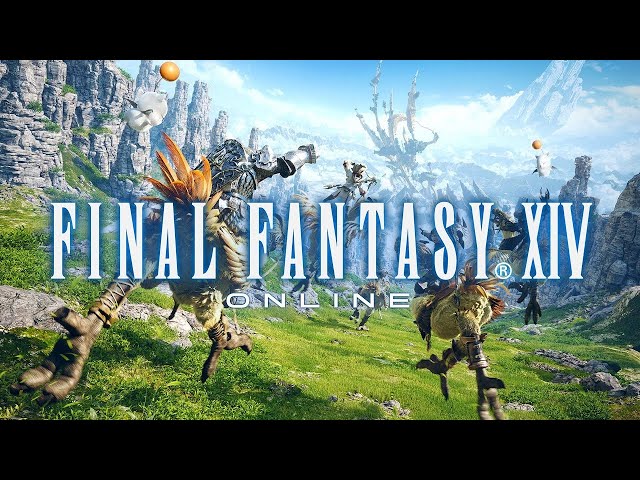 If you’re currently busy with FFXIV patch 6.25, we’ve got everything you need to know about how to craft the FFXIV Manderville weapons and the horrifying truth behind the FFXIV Silkie mount. We’ll be sure to keep you up to date on all the FFXIV 6.3 updates. In the meantime, Yoshida says that the FFXIV 7.0 story is already laid out, and we’ve got even more of the best single-player MMOs for those of you looking to go adventuring in another big world.

The Xbox One S, PS3 and PS3 look amazing as water-cooled gaming computers