It’s the start of a new year, with Final Fantasy XIV This occasion can be celebrated with some fortune telling and a fancy set armor. We have a variety of Final Fantasy XIV Heavensturn 2023 Event Guide, we’ll show you how to start the event, and why you’ll want to check it out as soon as possible. 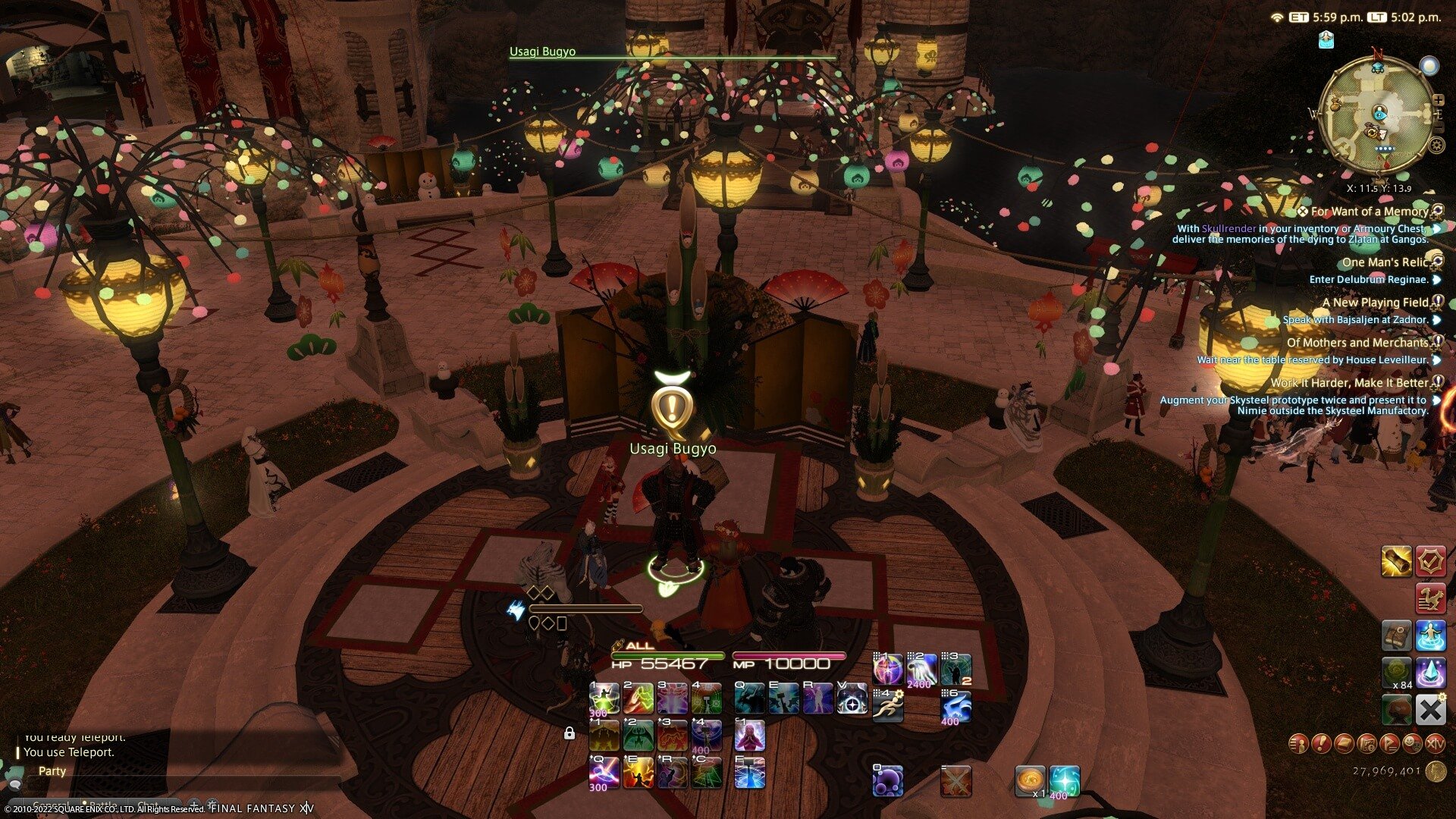 The first part of this year’s event can be started in Limsa Lominsa’s Upper Decks. There, you’ll find the NPC Usagi Bugyo at X:11.5, Y: 13.9 — he’s wearing the set of armor that you’ll get upon completing this questline. This starts the quest “Box of Fortune”, with the only requirement being that you’re using a battle class or job that is level 15 or higher. Usagi Bugyo will send you over to the Far Eastern Omikujishi nearby, who’ll task you with telling people about the wonders of far eastern fortune telling. There are four NPCs you can talk to, all of them hanging out in Limsa Liminsa Upper Decks.

After that, you can return to the Far Eastern Omikujishi for the final part of the quest. He’ll give you the option to read your fortune, which you can choose to decline if you desire. Either way, you’ll be able to draw more fortunes after completing the following quest.

Talking to the  Far Eastern Omikujishi again will start the quest “With Great Fortune Comes Great Responsibility”. To start with, you’ll be tasked with cheering up Beaudefoin, who is sitting on the ground nearby. First, use the /rally and then /psych emotes to accomplish this. This can be done via the chat box or the social, emotives, general menu.

Completing “With Great Fortune Comes Great Responsibility” will directly give you the Heavensturn armor set, which is made up of body, hand, leg, and feet gear. You can also dye all pieces.

Heading to the Usagi Shonin Festival Supplier NPC in Limsa Lominsa Upper Decks at  X: 11.4, Y: 13.6 will also allow you to buy a handful of other items. The only other new item for this year’s event is the Heavensturn Crane Banner, a housing item costing 6000 gil. Zoni and Advent Cake Magicked Prisms are also available at the NPC.

Are there any Final Fantasy XIV events that can be taken part by free players?

Yes. Only one requirement: You must be able to accept the quest by using a level 15 class/job.

Yes, but most must be purchased via the Final Fantasy XIV Online Store. However, the Usagi Kabuto, Black Usagi Kabuto, and Silver Usagi Kabuto helmets can still be traded between players in-game. These items can also be purchased from Calamity Salvager NPCs located in Limsa Lominsa or Old Gridania.

My life saved by games: Cancer, COVID and card battles

My life saved by games: Cancer, COVID and card battles

What games will we play when we’re old?