A gaming PC modder has transformed an Xbox mini fridge into a dinky rig, and it’s fuelling our Series X Pro desires. Naturally, you can’t store a few cold ones in this creative build, but there is enough room for a chonky Nvidia RTX graphics card within the chilly custom case.

This project may sound bananas, but it’s actually more conventional than the creator’s previous setup, as the rig’s innards previously operated within a gaming desk drawer. The fridge PC has a few limitations. Its AIO cooler hangs out the back of the build. 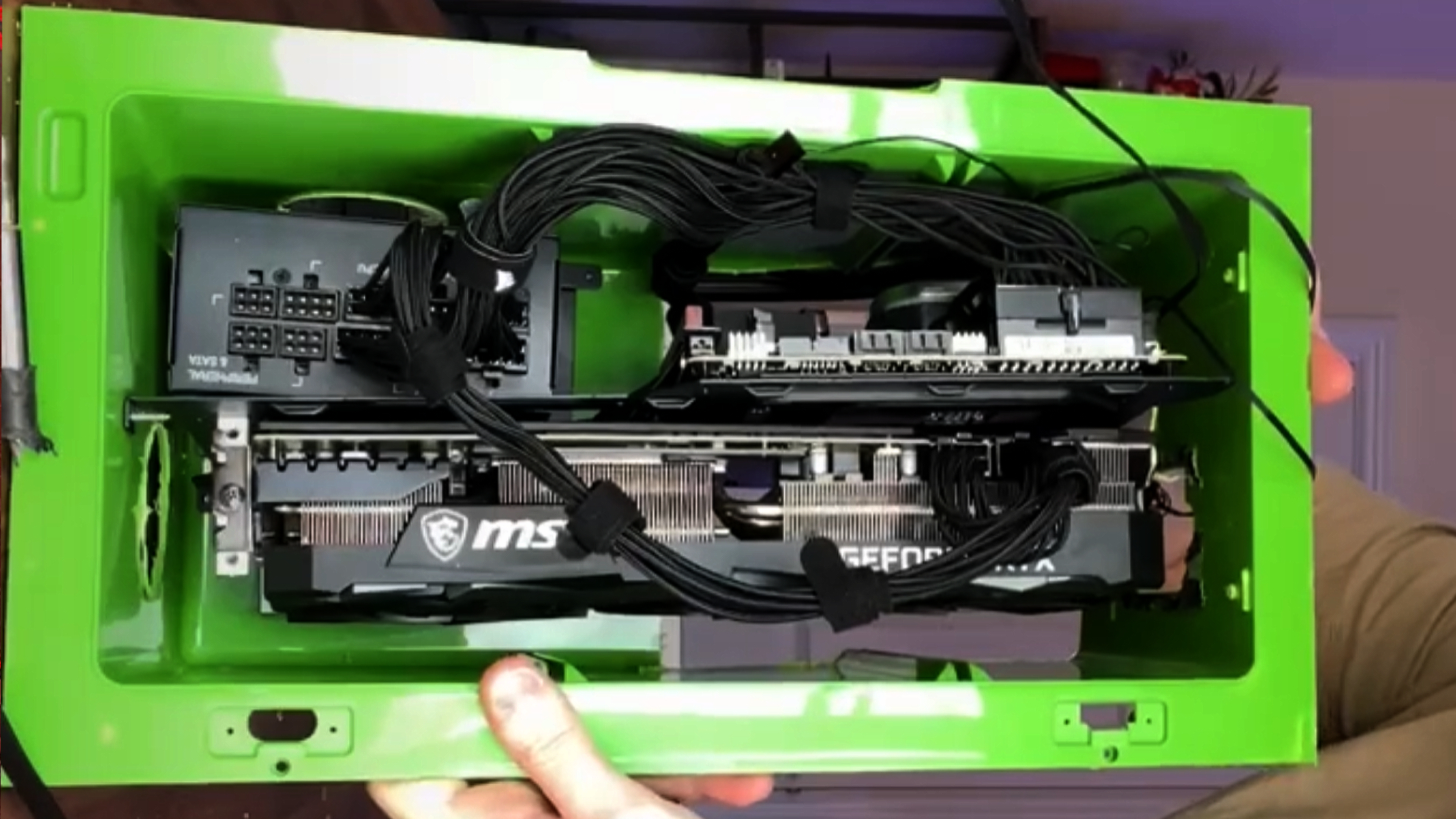 Arkitechnology is contemplating migrating the parts of its custom Xbox fridge gaming PC to a Meshalicious Mini-ITX case. That said, the creator is also open to suggestions, and viewers have already proposed new absurd build ideas, like a Microwave PC and system that lives in the walls, which sounds a bit like a ’90s Wes Craven horror flick.

We love the idea of a mini fridge rig for creative gaming PCs. However, Microsoft might also want to pay attention to this unconventional project, as an official system like this could help bridge the gap between the company’s console and PC ambitions. In other words, if an Xbox-branded PC were to ever exist, it’d probably look a bit like this.

If you find the Xbox fridge gaming computer looks a little too ordinary for your taste, you might consider this Doom BFG rig. It packs Nvidia RTX performance in a package that would blow up Mars with.

Is the PlayStation 5 a good 4K Blu Ray player?

How Crypto and Esports Are Fueling Each Other’s Growth

How Crypto and Esports Are Fueling Each Other’s Growth

Xbox handles Calico reviews after being bombed with hate speech