With the 3.0 update of Genshin Impact, Static views is a new World Quest. This quest brings you to the mysterious land Sumeru. You’ll find new characters, quests, and gear. Below is a guide to help you complete the Static Views quest and get to the Location shown in the Static Views Painting.

Upon completing the Woodland Encounter: Aranyaka Part 1 World Questline and the first quest of Dream Nursery: Aranyaka Part 2, The World of the Aranara, players will be able to explore a new ‘hidden’ area in the north of Sumeru. This is Vanarana the mysterious home for the Aranara. Players will find a post-box inside that has a painting. This could lead to hidden treasure (Paimon hopes so). Unfortunately, there is no guide or quest marker so players will need to follow the instructions. Luckily, here’s a guide to the Static Views Quest, including how to start it and how to complete the quest, along with the rewards and consequences of this World Quest. 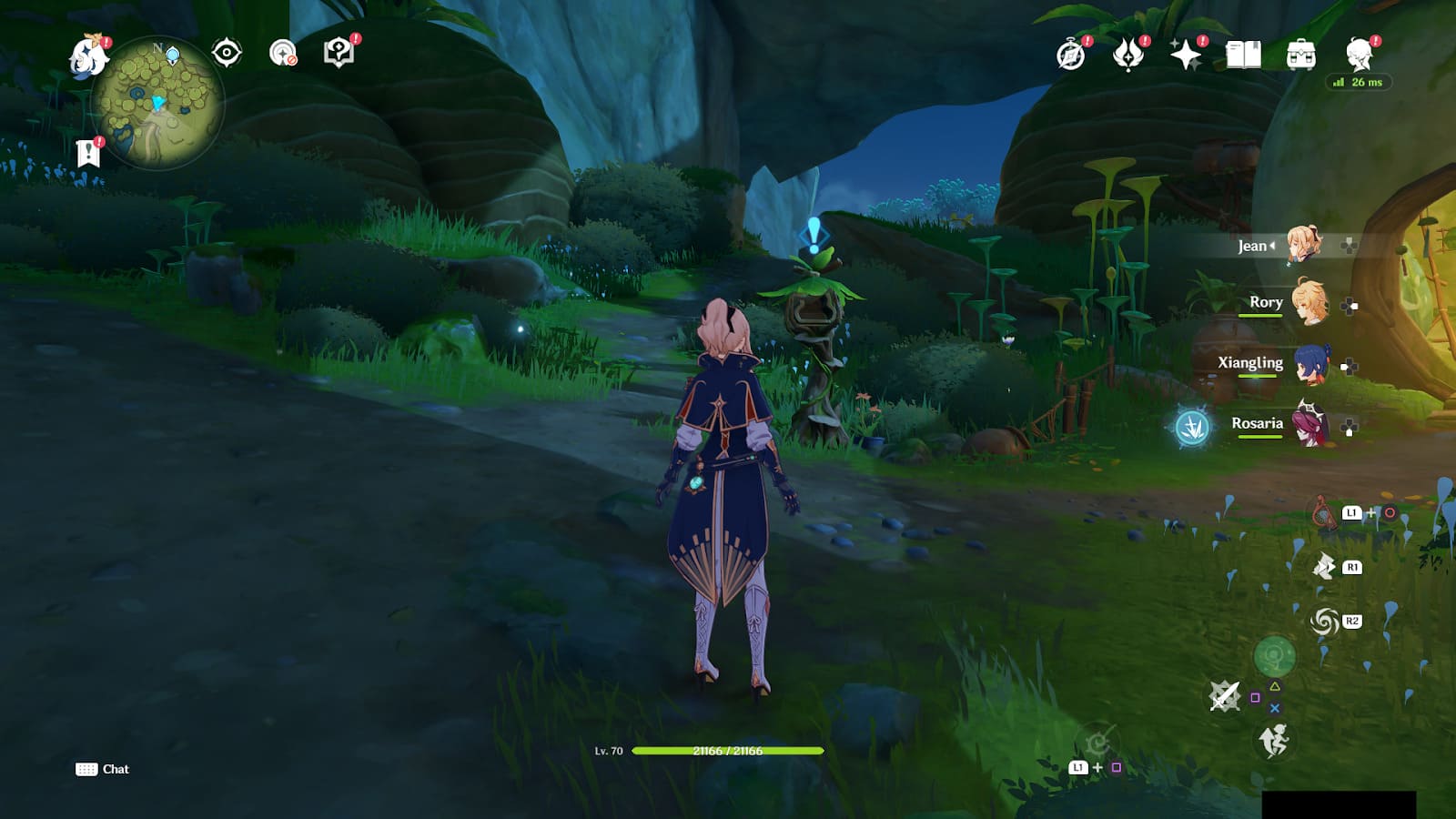 How to start the Static Views World Quest at Genshin Impact

Because Vanarana is dual, the World of the Aranara quest must also be completed to gain access. Without giving away too much, there are two versions of Vanarana, a dream-state for the Aranara that can’t be accessed normally by humans and the ‘real’ version that humans can see. Static Views can only be completed if players are able to switch between them with the Vintage Lyre obtained during the Dream Nursery: Aranyaka Part 2: The World of the Aranara quest. 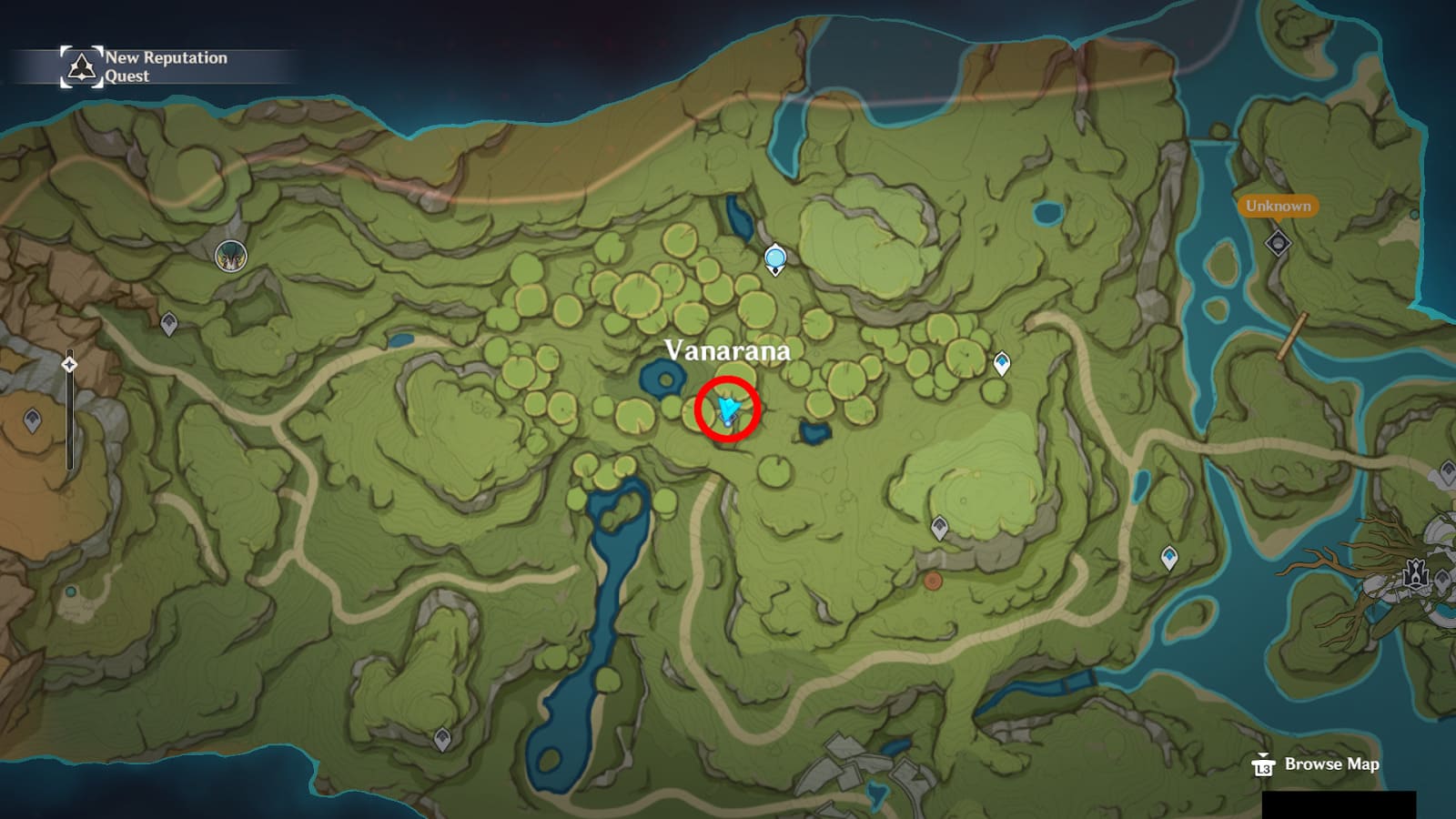 However, Vanarana is accessible if you are able to access it. To find the area marked on this map, go to the southern entry. What you’ll see is a small Aranara hut with a wooden post-box outside. The blue World Quest icon should be placed above the post-box to indicate that interaction with it will start a World Quest. To acquire a painting of a place, interact with the post-box and begin the puzzle-centric quest Static Views.

If the World Quest icon is not here (because you’re in the ‘real’ version of Vanarana), head over to the Silapna statue in the centre of the village and play the Rhythm of the Great Dream. The Silapna is a small, round rock that has a green swirl in the centre and large leaves at the top. The Dream Nursery: Aranyaka Part 2: The World of the Aranara quest would have seen you interact with the Silapna. 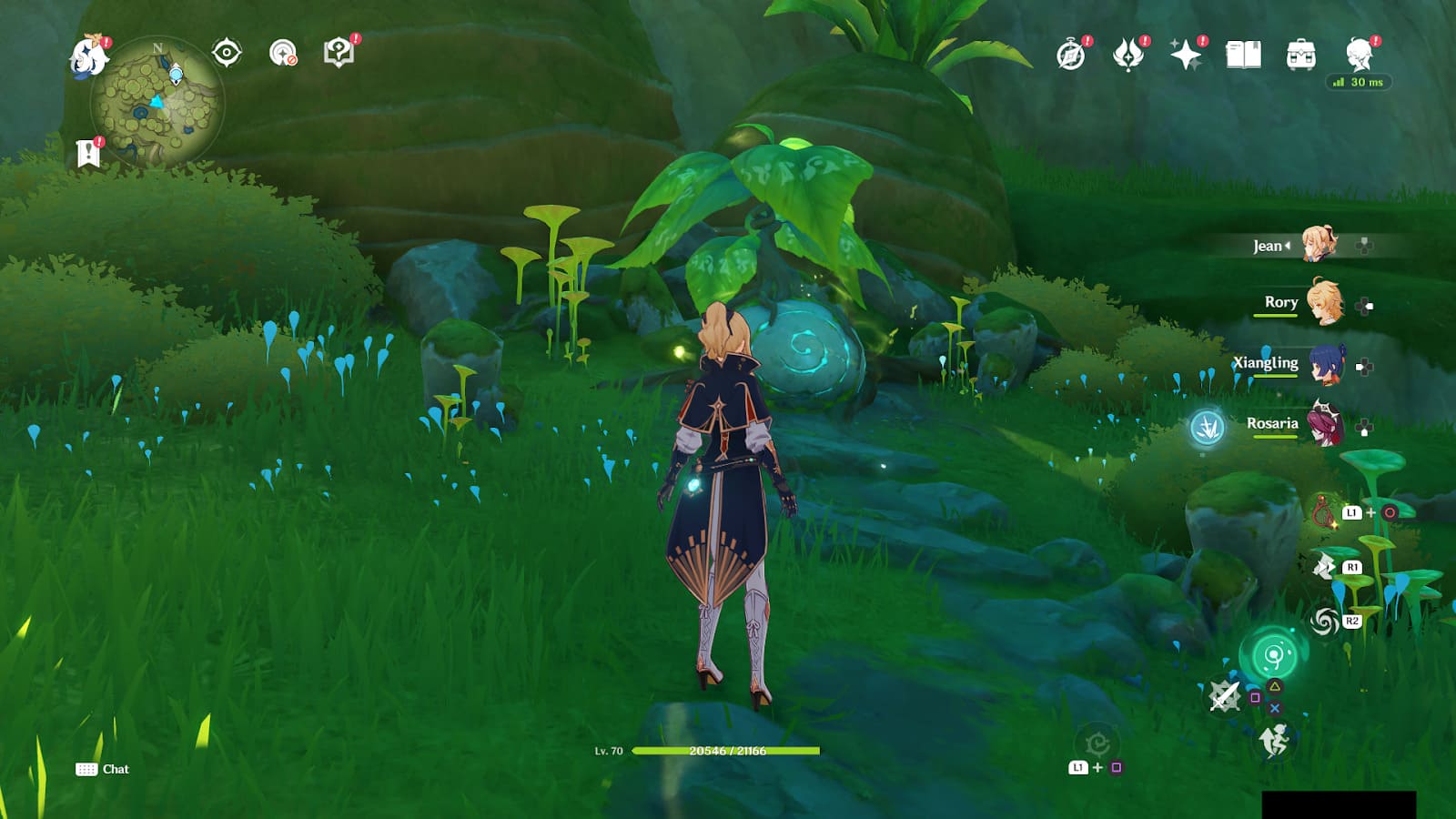 To play the Rhythm of the Great Dream, use the Vintage Lyre gadget to play the notes ‘fa-mi-so-fa-do’ on the top row of the interface. Doing so will switch between the dream state and the ‘real’ Vanarana. Each state has its own quests and it’s important to switch them between. It is easy to determine which state you’re in by looking at your lighting. The purple-colored dream state has better lighting than the more natural state.

Once you have interacted with the post-box outside of the Aranara house and started the Static Views World Quest, you will receive a painting of a location and the vague objective to ‘Proceed to the location shown in the painting’. This step does not have a search area or quest marker.

This painting can be viewed by going into your inventory, and then viewing the quest items page. On this page you should find a purple quality ‘gadget’ (it’s a book) called Aranyaka. This journal can be used to keep track of various activities in Vanarana. Scroll down to the last category and use this item to locate the Mysterious Clipboard, where you can view the painting.

Static Views WorldQuest has painted a painting of a Statue buried in a rock crevice. The treasure chest is located to the right, near a rock. This is the Statue of the Seven, located in Vanarana. It’s only a short distance from the beginning of the quest! 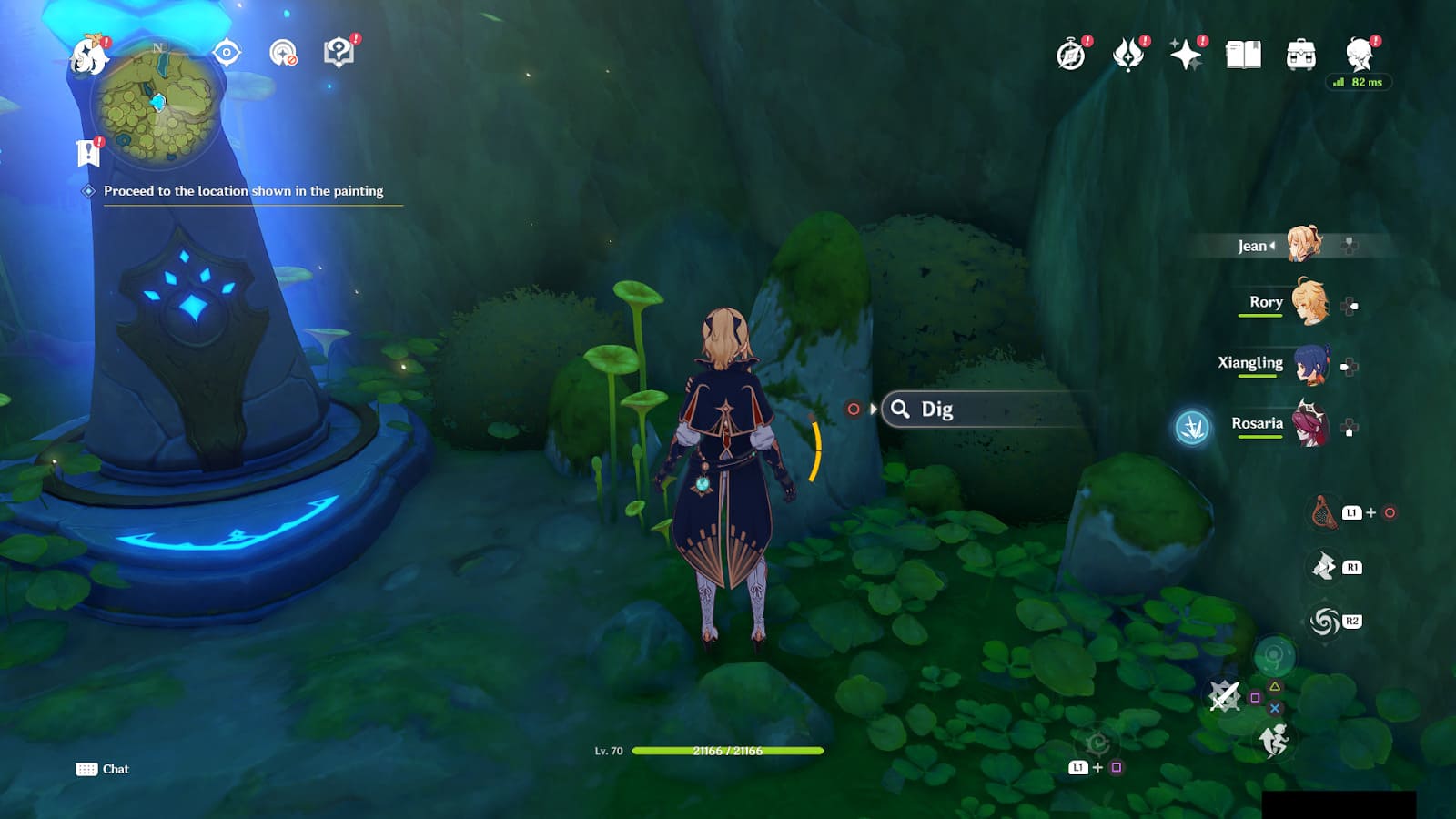 Continue to the northeast, following the dirt road up the hill from the post-box in which you accepted the quest. Shortly, you’ll encounter the large Aranara hut where you spoke to Arama and Araji about the Bija during the prerequisite quest Dream Nursery: Aranyaka Part 2, The World of the Aranara. Just before you enter the cave with the Aranara Hut, the Statue of the Seven will be on the right.

Look at the Statue Of The Seven to see the hidden treasure. It should be found in front of the large, red rock to the right. Walk up to this rock to receive the prompt to ‘dig’. You will be able to find a Common Chest as well as complete the Static Views World Quest.

If you walk up to this quest and do not receive the prompt to ‘dig’, then return to the Silapna at the centre of Vanarana to play to Rhythm of the Great Dream once again. You will need to be in the ‘real’ version of Vanarana Village, not the purple ‘dream’ state. 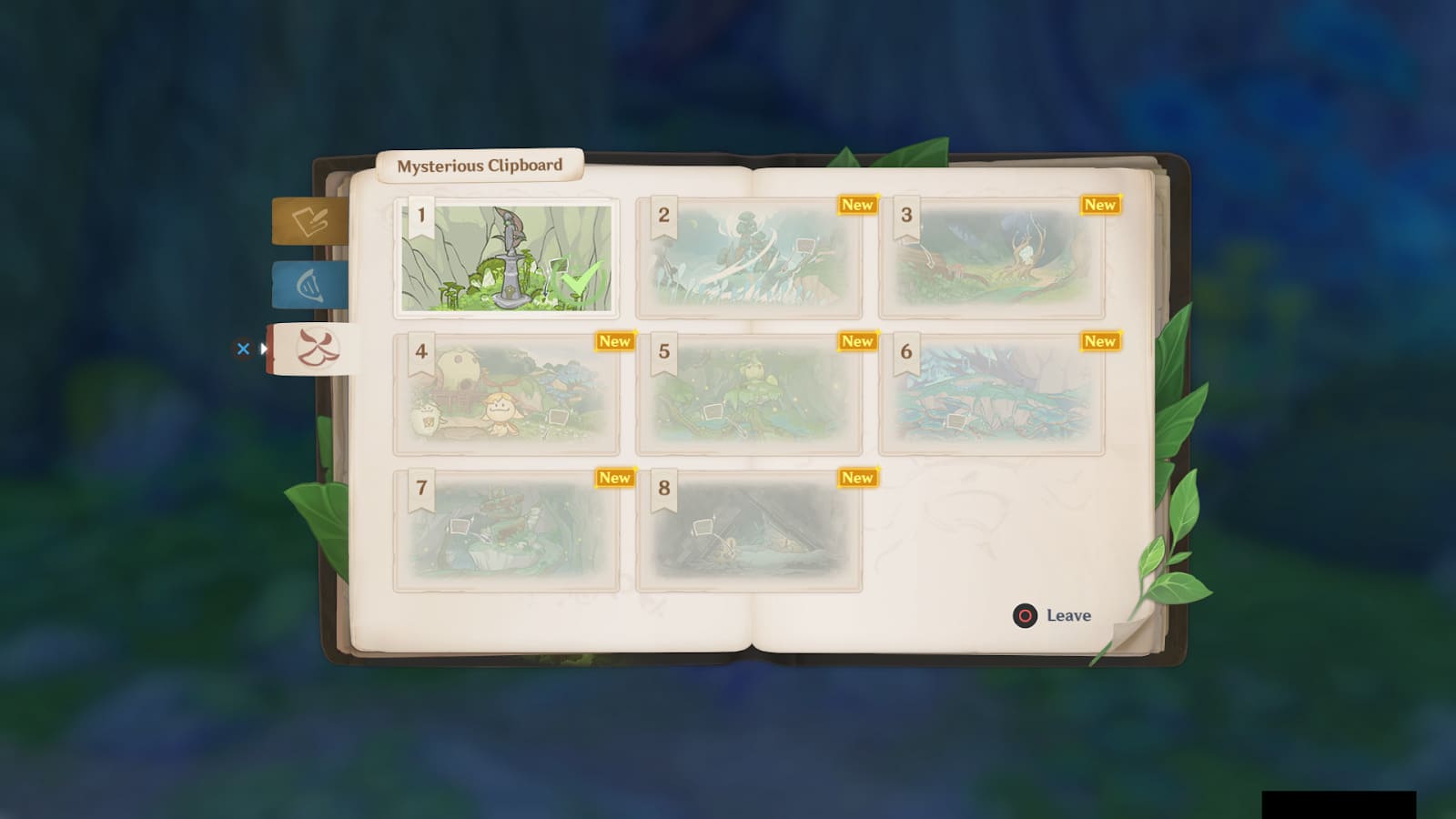 Strangely, the Static Visions World Quest does not offer any rewards – there are no Primogems or Adventure EXP and not even Mora. It is still a worthwhile quest.

The buried treasure consists first of a chest containing various loot like a small number Primogems, Mora, as well as the new Dendro Sigils. It’s not much but it’s something! The best part is that the Static Visions World Quest unlocks 8 more mysterious painting treasure hunts. Completing these will progress the Aranyaka journal, tracking your progress through this zone’s content.

Splatoon 3's Switch game launch is the best in Japan

Ubisoft to Bring New Assassin's Creed, and More Mobile Games to Netflix in 2023