by Meta Games News
in Metaverse
Reading Time: 5 mins read
0 0
A A
0 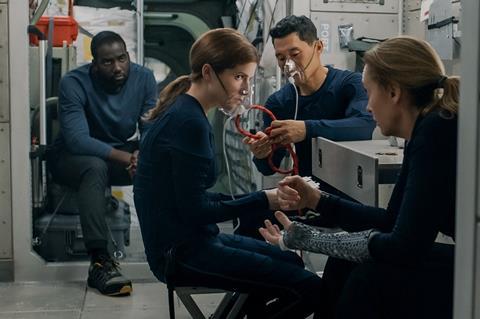 The metaverse and virtual production as sources of opportunities for traditional filmmakers were among the hot topics  of this year’s Geneva Digital Market (GDM).

The 10th edition of the industry platform of Geneva International Film Festival (GIFF) ran November 7-11 as an hybrid event with its programme of talks mounted in studio 4 of Swiss broadcaster RTS’s headquarters for the first time.

GIFF artistic director Anais Emery introduced GDM panel ‘Gamefiction of Cinema: How to shoot your next movie in the metaverse’ to outline “concrete opportunities the metaverse can bring to the creative industries.” She warned filmmakers, cinematographers, producers and techies the goal of the session “is not to say that the metaverse is a new Eden for audiovisual but really to bring deeper knowledge about what and how you can collaborate and maybe how you can be inspired by this possibility.”

Laura Olin, COO and partner at Finland’s ZOAN, the leading European metaverse studio founded by creative tech pioneer Miikka Rosendahl, warmed herself to creatives by quickly confessing she was not a tech person.The ZOAN-created and operated metaverse platform Cornerstone.land is where users can buy plots of land and build photorealistic headquarters and housing on an virtual island. The agenda includes NFTs, audience participation, crypto currencies, and engaging people to create.

“We have already talked with some film festivals about the possibility of having virtual cinemas in this metaverse,” said Olin.

She predicted the rise of metaverse-based talent in the same way that Instagram, TikTok and other social media platforms have created their own stars.

“Coming up, we have the ‘Generation One’ avatars later this year,” Olin said. “I hope we can start creating the next steps the future of the film industry within Cornerstone,” Olin said. “We dream about a film being set up and shot in Cornerstone land.”

Fin Mikko Kodisoja is the founder and CEO at Fireframe Studios. This virtual production company (VP) has an in-camera visual effects stage (ICVFX). He described his transition from games to filmmaking. Kodisoja founded Supercell the maker of the mobile gaming app. Clash of Clans and Europe’s first decacorn (a company worth more than $10 billion). Kodisoja believes that video game engines can make a significant impact on the workflows of a feature film.

When US filmmaker and actor Cinqué Lee arrived in Fireframe Studios in Helsinki to discuss the production of his Norway-set mountain cable car thriller A rare Grand AlignmentKodisoja was able to control the safety and speed of filming on the ICVFX platform. Fireframe compiled the entire script into a game program, filmed in Norway using VR capture, and spent 18 days at the ICVFX studio.

“Film is increasingly incorporating these technologies,” Kodisoja said. “The biggest difference I always see between films and games is that in games you’re an active observer, and in film you want to be the passive observer. You want to enjoy the story told by someone else.” 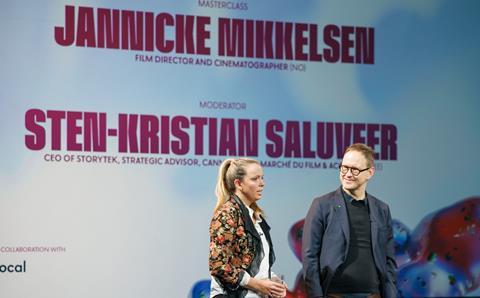 As part of a series of sessions under the banner ‘VP Toolkit for film professionals’ produced by GDM content consultant and Cannes NEXT and Marche du Film and Accelerate head Sten-Kristian Saluveer, GDM attendees were also treated to the latest intelligence from virtual production gurus including award-winning Norwegian film director and cinematographer Jannicke Mikkelsen.

Mikkelsen stated that virtual production was not the right choice for every project.

“If the answer to the questions ‘can I travel to my desired location?’ and ‘is the location easily recognised?’ is both no then virtual production is the answer,” said Mikkelsen, whose recent credits include augenschein and XYZ Film’s sci-fi thriller StowawayStarring Anna Kendrick. Directed by Joe Penna. Mikkelsen’s  title on the film is ‘virtual cinematographer’, a reflection of the emerging role created when virtual production meets traditional filmmaking.

Nordisk Film Shortcut VFX Veteran Martin Madsen hails from Denmark. His credits include Only God can forgive. A state-of-the-art LED studio has been built in Copenhagen. “To avoid the pitfalls [of VP] It is important to have someone who is experienced and knowledgeable in the beginning. A DP might not realise there’s anything wrong with changing the shutter speed or changing certain settings, but for virtual production, that can have an implication,” noted Madsen. 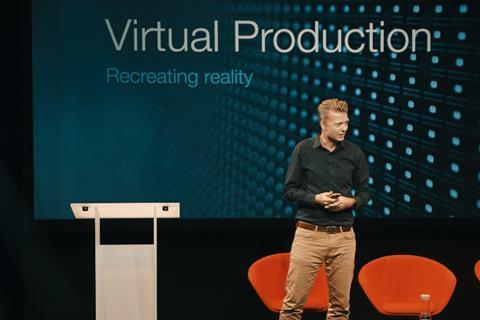 The UK’s Louisa Bremner, a consulting VP supervisor at the Lux Machina outfit whose credits include films and TV projects such as House Of The Dragon, Matrix 4 And Death on the Nile believes VP will help democratise filmmaking “High-end VP software creation is available online for free. You can get started really quickly,” she said.

Saluveer pointed out that VP is a cost effective line for setting a budget. European VP studios cost anything from €8,000 to €15,000 a day to hire, compared to up to €100,000 for large- scale facilities for studio level productions.

“Putting a budget line in for LED Studio hire in Europe is prudent contingency should the location shoot go awry,” he said.

FFXIV 6.3 Patch details and everything in Live letter 74

The Xbox One S, PS3 and PS3 look amazing as water-cooled gaming computers