Minecraft skin welcomes Zagreus from Hades to the Nether


Some Minecraft skins just exude style. Thanks to the combination of the community’s creativity and graphical style, the sandbox games have some of the coolest looks. It means you can dress up as someone else if you wish. This time it’s Zagreus, the son from Hades.

You can play any character you want as long as you are able to change your Minecraft skin. For example, if you’re really into the idea of stepping on people and being a discarded doll that was unloved by its creator, you can play using this Minecraft Scaramouche skin. This means you can, if desired, celebrate Hades 2 with the skin Zagreus (the hero from the original game). 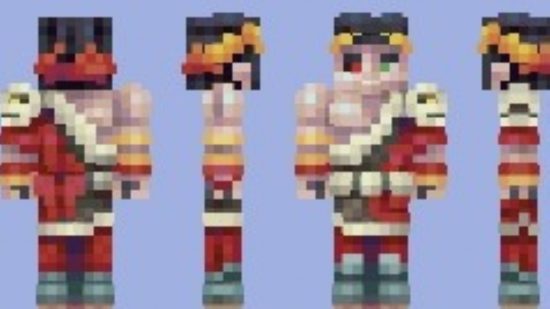 Zagreus, for those who’ve not played Hades (and good lord should you fix that if you get the chance) is the son of Hades. He’s a rebellious sort and, given the sheer complexity of the family life he has thanks to the old-school Greek myths, who can blame him? Zagreus is a strikingly different individual with different eyes. He also has flaming feet, lots of sarcasm and, it turns out, a sister.

It’s his sister, Melinoë, who stars as the protagonist in the upcoming game, but there are no skins of her just yet (there will be, 100%), so we’re going to just dress up as Zagreus and download the skin from PlanetMinecraft until that happens. It’s probably also just a good time to revisit one of the best roguelike games ever made anyway.

If you’re not here for getting beaten up in a roguelike, then why not check out the best Minecraft builds instead? To see what catches your eye, you can also look at the top Minecraft mods.