The rumoured Half-Life: Alyx follow-up, Half-Life Citadel, is supposedly an FPS and RTS game hybrid, with a new Dota 2 datamine suggesting possible characters and mechanics for Valve’s mysterious Steam sequel, that may serve as a companion to Half-Life 3.

Details around Half-Life Citadel are still few and far between, so if this is your first time learning about, what we know so far is that it’s an RTS game with supposed FPS elements, whereby you play the commander of the ominous Citadel that towers over Half-Life 2’s City 17, and control a force of NPC soldiers to do your, presumably evil, bidding. It can be connected to the rest of Half-Life’s narrative, including Half-Life 2’s City 17, and may use VR.

However, a recent Dota 2 datamine seems to provide some additional details. Tyler McVicker (youtuber and Valve enthusiast) discovered three code strings that give an idea of what Half-Life Citadel will look like. The datamine uncovers dozens of mentions of the phrase “vehicles”, possibly hinting that Citadel will not only feature vehicles, but allow them to be extensively customised. There is also a string called “HEVSuit.PlugDetach”, which may imply that players in Citadel can use the famous Half-Life Hazardous Environment suit, and attach and detach various changes and upgrades, potentially for use in the game’s FPS sections.

Finally, one of the NPCs is named “Houndeye”, which you may remember as the weirdly adorable alien dog-type creatures from the original Half-Life. According to datamine, players might be able to attach items Houndeyes to their units, which could offer customisation and upgrade options. This would suggest that Citadel will soon see the original Xen aliens of the 1998 Half-Life. 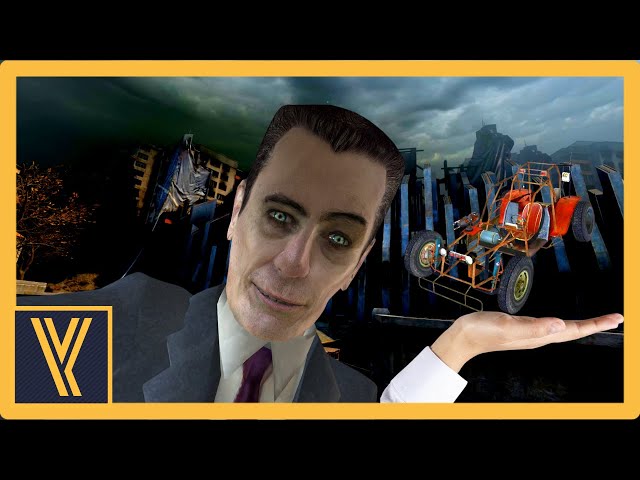 In reference to the “vehicles” string, McVicker speculates that the mentions are so numerous they may indicate the existence of another upcoming Valve project entirely. Greg Coomer, product designer at Valve, recently told Famitsu, in an interview translated by TweakTown, that the Portal and Left 4 Dead developer currently has “a lot of games in development”.

You can read about the events surrounding Half-Life 3 while we wait to hear more about Half-Life Citadel. You can also see some of the top FPS and RTS games on Windows, which may one day include a Half Life spinoff.