PC builders may never actually see the Nvidia GeForce RTX 4000 Titan in the flesh, but that doesn’t mean we’ll never know what the graphics card looks like. A few renders of this mythical GPU have been produced based on an alleged image of the pixel pusher. As you might expect… it’s bloody enormous.

Even without any benchmarks to back up the claim, it’s a safe bet that the Nvidia GeForce RTX 4000 Titan would be the best graphics card for those who demand the absolute best performance, price be damned. If you can fit it inside your gaming system (or have the motherboard to support its weight).

Glimpses of the humongous GPU come courtesy of Moore’s Law Is Dead, who shares an extreme close up of an alleged RTX 4000 Titan graphics card. Unfortunately for us, they’ve opted not to share too much of the photograph in a bid to (understandably) protect their sources. However, MLID will happily share renders of the pixel pusher. 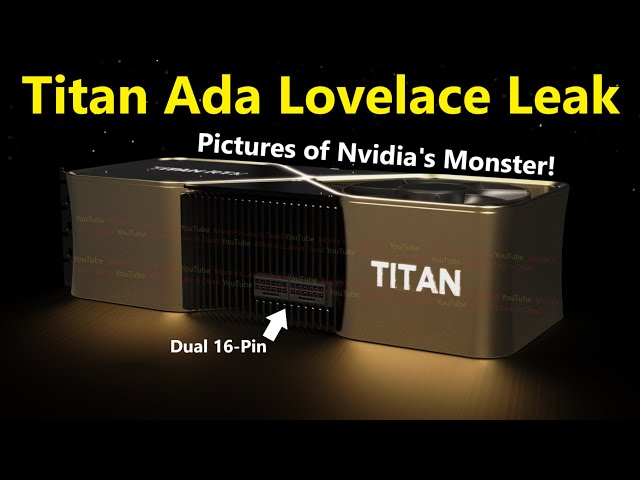 The cooler design doesn’t differ too much from the RTX 4090 and 4080 Founders Edition reference cards we’re all familiar with, save for its size and its dual 16-pin connectors. The Titan would eat up four slots from your system’s case, and would naturally require a beefy power supply.

Don’t expect to see an RTX 4000 Titan materialise anytime soon, as Nvidia currently enjoy a comfortable performance lead over its competition for now. Besides, given that it was reportedly cancelled due to melting itself it’s probably for the best it remains behind closed doors.

PlayStation Store has launched its January Sale, with ‘savings of up to 75%’

10 Best Games to Play While Waiting for Hades 2

10 Best Games to Play While Waiting for Hades 2