Phantom Fury is a FPS game that evokes Duke Nukem, Half-Life and other road movies.

3D Realms has unveiled a Phantom Fury reveal trailer showcasing its Ion Fury sequel, a classic FPS game that looks to pull inspiration from the likes of Half-Life and the original Duke Nukem Forever reveal to craft a bombastic ‘road movie FPS’ adventure. Phantom Fury features Chuck Jones, an ex-Valve Half-Life artist who was hired by 3D Realms for the project. He is known for his love of classic PC games.

Phantom Fury sees protagonist Shelly ‘Bombshell’ Harrison pulled out of a coma and set on a journey across the United States in search of a dangerous artifact known as the Demon Core. Oh, we should mention that she now has a bionic arm too – because why not? Developer Slipgate Ironworks, led by former Rise of the Triad director Frederik Schreiber, promises “an incredible amount of interactivity” in the world, from fully usable computers and playable arcade machines to helicopter flights.

With over 20 weapons at your disposal, including returning favourites such as the hand-rolled Bowling Bombs and newcomers including “electrified foam shooting devices and eployable drones” should provide a ton of unique ways to approach situations. Plenty of unlockable skills and upgrades promise even more ways to customise your playstyle too – and you’ll need it to go up against the weird and wonderful horrors that await you.

You can check out the Phantom Fury reveal trailer below – keep an eye out for some of the references, such as nods to the original Duke Nukem Forever reveal Here’s a glimpse of John R. Blade in the last moments of SiN classic first-person shooter SiN. 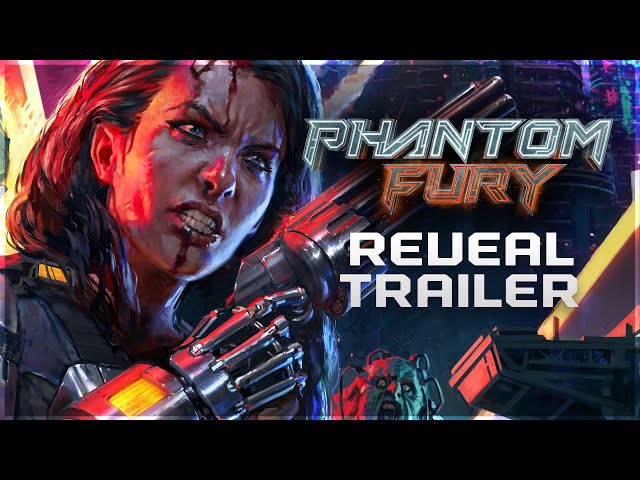 Phantom Fury will release in 2023 and is available on Steam.

A Rise of the Triad remake is on the way thanks to a classic FPS development group. Prodeus has also been scheduled for the retro shooter in Doom-style. Our Metal: Hellsinger review saw us blasting through the rhythmic FPS and listening to iconic metal songs. If you’re in the market for something more newfangled, the Modern Warfare 2 beta release date is upon us, so check that link for all the details.

Silksong’ to be released for PlayStation consoles

The road ahead for Cryptocurrency

The road ahead for Cryptocurrency