Sony has shared trailers and descriptions of 11 PSVR 2 games in development. Before today, the publisher only showed a few of the games such as Resident Evil Village or Horizon Call of the Mountain.

Here’s a rundown of all the 11 new games (with trailers and descriptions) announced for the PSVR 2:

Don’t blink – Immerse yourself in this fast-paced roller coaster action-horror-shooter where every move you make, and everything you see, could mean the difference between life and death. The darkest VR rollercoaster action-shooter has ever been made possible by PlayStation VR2’s innovative features. It is set in the sinister world known as The Dark Pictures Anthology.

Smilegate is the developer

You play the role of the leader of an elite fireteam during a conflict over a top secret biochemical weapon. What is the purpose of this weapon? Prepare for intense resistance from all sides, as you face a multitude of clever enemies and a relentless quest for the truth.

As the last defense against the darkness you will enlist with the Light Brigade and travel to the Sunken World as many as necessary. Pieced together from shattered memories, these procedurally-generated battlegrounds are filled with enemies lurking around every corner. To keep the shadows away, you’ll need to use light magic and a steady rifle to navigate through dense forests and frozen mountains.

Be the mayor and design neighborhoods, construct buildings, direct the flow of traffic – all while you handle economics, emergency services, and more. See your skyline rise from an expansive bird’s eye view, or watch your city come alive from the streets. Only your imagination will limit you. This VR version of Cities: Skylines, the world’s leading city-builder is available to you.

Owlchemy Labs is the developer

Cosmonious High is the new kid on the block! Owlchemy Labs offers a VR experience unlike any other, with its trademark interactivity and unique humor. Meet a colorful cast, adapt outrageous alien powers, and discover the source of the school’s malfunctions to save Cosmonious High from chaos.

Mr. Peterson’s creepy house takes on a new level of immersion in VR, and there is nothing quite as scary as actually seeing that familiar shadow tower over you just before everything goes black. Hello Neighbor: Search and Rescue

you’ll return to that house and take on the role of six little neighborhood heroes as they confront their fears to free their friend who is held captive in a bizarre basement prison.

You’ll need to learn and master each of their unique abilities to solve puzzles, uncover mysteries, and make it out of the neighbor’s house in one piece, all in the midst of trying not to get caught by the creepy neighbor himself. The mere thought of it makes our heart beats race! 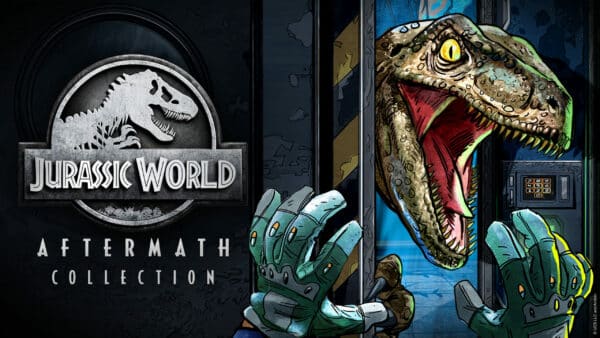 This updated version of the survival adventure game is a combination of Part 1 and Part 2. It’s a complete collection. Set between Jurassic World and Jurassic World: Fallen Kingdom, players crash land on the familiar Isla Nublar and find themselves  trapped in an abandoned research facility.

Featuring a fully voice acted narrative led by Laura Bailey, with Jeff Goldblum reprising his role as Dr Ian Malcolm, the player’s mission is to recover valuable information and survive while evading a host of ferocious and familiar dinosaurs.

The next generation Pistol Whip is here. Enjoy the exciting world of symphonic fury that you know and love, with all-new features for the PS VR2, such as haptic feedback, adaptive triggers and finger touch detection.

Physical FPS is powered by powerful tracks and vivid visuals. You can also choose to play as hard or as easy as you like. You can blast, duck, and dodge through fever dream scenes, create unique rhythms with bullets, claim glory on the leaderboards, and build your own rhythms.

Play in the definitive VR MMO experience — now remastered for PlayStation VR2. Make friends in guilds and party. Join epic raids, fight, craft and forge your own path. What are you going to do with your power and what will you do?

You can team up with three friends to take on hostile VR worlds where hell has frozen over.

After the Fall is an action-packed VR game with intense co-op for four players and cross-play. In a shared space, players can explore post-apocalyptic LA with up to 32 other players on all platforms. Players will be grouped into four teams to attempt to reclaim this city.

Have you ever felt like a squid in water? The story of Tentacular plunges you into the ocean-dwelling hulk of a gigantic, kind-hearted tentacled beast trying to figure out its place in the world.

These are the latest games for the PSVR 2. Sony also revealed that the PSVR 2 will be released on February 22, 2023. Its price is $550 USD. More information about this can be found here.