The tournament’s first season will see some of the best Call of Duty teams compete against one another in a fierce Call of Duty matchup. In this gaming extravaganza, the TECNO POVA smartphones would be grasping Skyesports’ grassroots-level penetration and the elaborated esports events to develop a remarkable connection with the Zillenials who have a zeal for mobile gaming. The matches of the tournament would be live-streamed on Skyesports’ official social media channels in four different languages, i.e., English, Hindi, Tamil, and Telugu to effectively connect with the gaming enthusiasts from every nook and corner of the country.

The recent association is worth mentioning. TECNO Mobile India CEO Arijeet Talapatra commented, “In the current fiscal, India witnessed more than 50 crore citizens taking up gaming, which also means a noteworthy 12 per cent increase from last year. India’s gaming sector registered a whopping $2.6 billion growth and is further expected to grow by  27 per cent to reach the mark of $8.6 billion. Noticing the consumers’ shift towards mobile gaming, TECNO strengthened its POVA range of smartphones and drove the revolution by providing feature-rich gaming devices under the same. POVA as a product line resonates with the trinity of speed, power and performance and encourages Zillenials to ‘Stop At Nothing’ and continue to hustle. Call of Duty Mobile POVA cup is an Annual property, which we have created in partnership with Skyesports to grow a community of mobile gaming lovers and offer a performance rich immersive experience to avid gamers on POVA devices.” 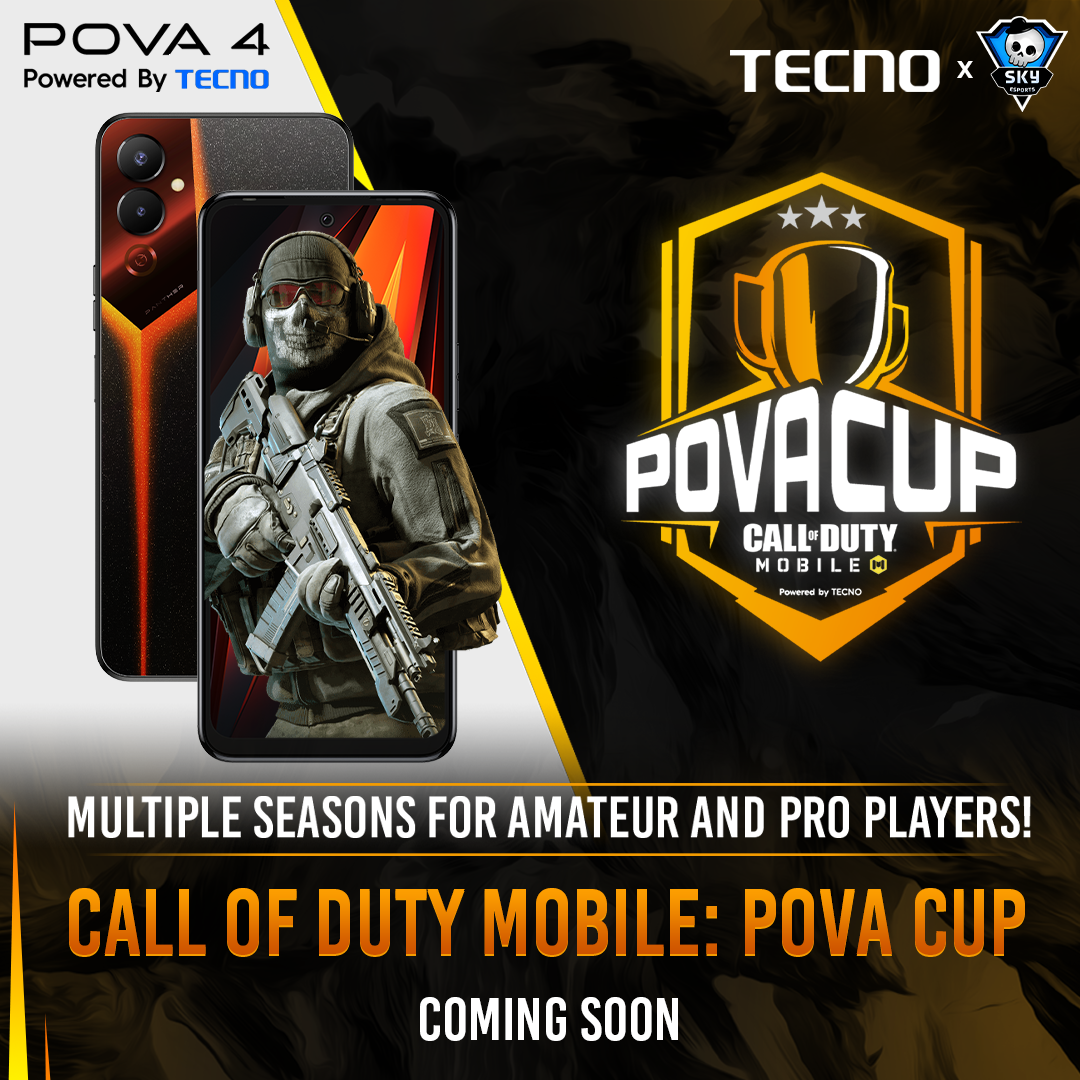 Call of Duty Mobile POVA Cup promises to be the most important esports event for Indian mobile shooters. The format will last for a year and include multiple seasons that offer both amateur and professional players the chance to compete and hone their skills. The intense Grand Finals will take place at the end 2023.

Commenting on the newly formed partnership JetSynthesys’ Skyesports founder and CEO Shiva Nandy said, “We are very excited to collaborate with TECNO POVA and to execute the Call of Duty Mobile POVA Cup. India is home to more than 396 millions gamers. They spend on average 14 hours per week playing games. The partnership with TECNOPOVA will allow TECNOPOVA to highlight its smartphones throughout the year, to a young audience that is tech-savvy. The tournament will also elevate the esports scene of the game from the grassroots level and offer continuous action for fans and players of the game alike.”

JetSynthesys CEO of Gaming Anuj Tandon added,  “I see this partnership primarily as an opportunity to highlight the strength, reach, and growth of our gaming sector. Call of Duty The perfect game to partner with – an exciting, high-octane video game that is both thrilling to watch and play. Skyesports, Tecno, and Skyesports will strive to make it a memorable event for everyone. Can’t wait for the fans and gamers to turn up and soak in this unique experience.”

Call of Duty Activision has published a first-person shooting video game called “First Person Shooter” The successful mobile version of this game series was released in 2019. It has been a huge success and is now one of the most popular multiplayer shooter games in India and all over the globe.

In FY 2022, India was the largest mobile game consumer based on the number of downloaded games. Currently, India’s market is three times the size of the US and nearly two and a half times the size of China. Total game downloads have increased by 6.5 billion to 15 million since 2020. India was also the country with the highest percentage of game downloads (17 percent) in 2022.

The Best Games with One-Word Titles