there’s a new Nvidia RTX 3060 that’s possibly one of the cutest parts ever. This entry-level GPU has a beautiful two-tone shroud design and a cute teddy bear print. It’s the perfect solution if you are looking to build a kawaii capable powerhouse.

Unveiled by graphics card makers Yeston, the Nvidia RTX 3060 ‘Cute Pet’ is a dinky single-fan version of the green team’s budget GeForce offering (via Videocardz) The GPU isn’t factory overclocked, meaning this specific SKU isn’t going to boost fps like other custom variants. However, the card is undeniably a looker, and it’s going to look far better than ordinary cards within the best PC case.

The Cute Pet comes with a shroud clad with teddy bear emblems, and the back plate critter gives us Digimon vibes. The design is accompanied by a white and metallic blue palette, which kind of makes it look like the part is cosplaying Hatsune Miku. 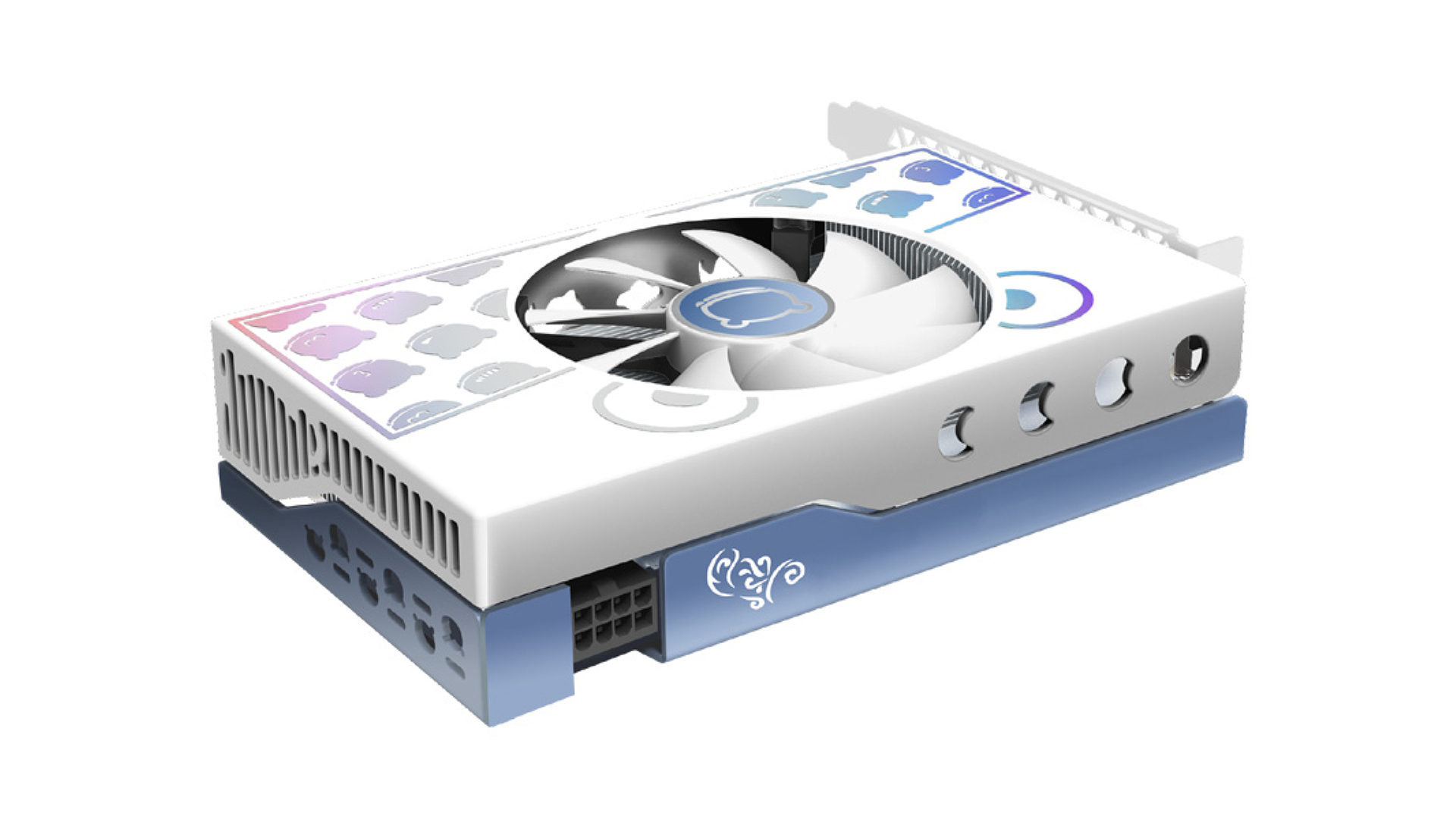 The RTX 3060 Cute Pet has 3584 CUDA cores, 12GB of GDDR6 RAM, and other specs. Again, the cutie GPU patootie isn’t going to trade blows with even other entry-level custom cards, but it’ll still perform well in modern Steam games and indie titles alike, especially if you stick to 1080p.

The best graphics card options on the market often look like something that’s fallen off an aircraft, so it’s nice to see more PC parts with a pleasing aesthetic arrive. Sure, you could argue that you’ll not be able to really appreciate the design when it’s stowed away within a rig, but these little touches will matter to players who prioritise Instagram-worthy gaming desk setups.

Sadly, the RTX 3060 Cute Pet is only available in China, so you’ll need to import one if you’re dead set on transforming your rig into kawaii machine. This isn’t Yeston’s first adorable release, so there’s a chance we’ll end up with an RTX 4000 card, like the RTX 4060, that’s just as cute in the future.

Cute GPUs aside, it’s now possible to pick up the best gaming RAM that isn’t either plain black or clad in RGB, as cottagecore DDR5 memory is now a thing. We’re not saying you should necessarily go out of your way to build a rig that isn’t just black with multicoloured lights, but it’d help make the gaming PC scene visually pleasing.