Tower of Fantasy players have highlighted apparent problems with localisation in this free-to-play video game. They pointed to a number of items and skills whose descriptions are missing, wrong or misleading details. Since its launch in August, the Genshin Impact like has been a hit and many players are anticipating the Tower of Fantasy1.5 release date in September. However, some say they have become frustrated by a number of notable inconsistencies across the anime game’s text descriptions.

The issue was raised in a thread on the Tower of Fantasy Subreddit. It asked why the Samir matrix set used to build the best Samir builds has different descriptions than the item description on its matrix. Tankulator, a user, responded with a list of misleading or inaccurate descriptions, inviting other players for their thoughts.

Tankulator says, “At this point, no-one will know what anything in the game does any more until people go and test every little detail themselves.” Among the most notable highlights on the list is Tower of Fantasy character Meryl, whose 4000 point awakening trait causes water around your character to be automatically frozen, despite this not being mentioned anywhere in the trait’s description. Bygone Phantasm, which claims to temporarily max out your current weapon’s level and rotate on a daily bonus, no longer does this – according to YouTuber gateoo, this is the result of an older description being translated from the Chinese version.

Some buffs that boost damage from a different type of elemental damage than what is described in the text are also incorrectly described. For example, C6 Hilda claims to increase normal attack, but actually causes frost damage. Players take double damage while using the damage reflection on Barbarossa Matrix, despite this not being mentioned – Tankulator speculates that this could be intended to buff the damage reflection, but asks why it is not mentioned in the description if so. 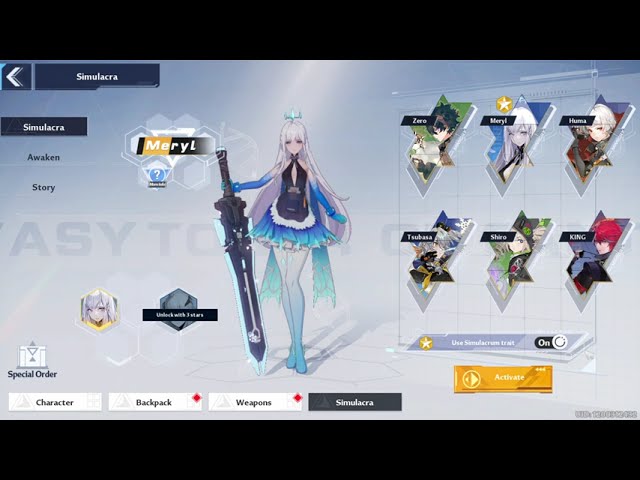 They also note that ‘Assist mode’ doesn’t stop the use of consumables in a dungeon as the description implies, but rather prevents the attempt from being consumed. There are even several instances of untranslated text and text that doesn’t fit its box correctly in the game, and recent newcomer Frigg launched with missing descriptions that suggested she had been heavily nerfed from the Chinese version of the game, although this particular fault was fixed after it was pointed out by the community.

The Apple Watch's female health features have changed the game.