The Valorant patch notes for the 5.09 update focus on crushing some annoying bugs in Riot’s FPS game, as well as making some alterations to initiator agent Skye’s Seekers ability.

Valorant Episode 5 Act 3 is in progress and Harbor the new agent causing chaos (but, not too much chaos according shroud), this patch fixes all bugs since his release. In comparison to previous updates its rather slim, but that doesn’t mean it isn’t mighty.

Skye’s rather hostile cabbages is probably one of the game’s glitchiest ultimates, but Riot has been making a few adjustments to them in order to streamline their hunting skills.

Each Seeker now moves more fluidly around objects when they have acquired visual confirmation of their target’s location, and if the target is ‘intangible,’ (or ‘immune’) the Seekers will not debuff them. Reyna in her Dismissal and Yoru during Dimensional Drift are two examples.

While it’s a small change, the latter allows Yoru, Reyna, and any other agents who can phase in and out of reality the perfect escape route from these pesky balls of pain. 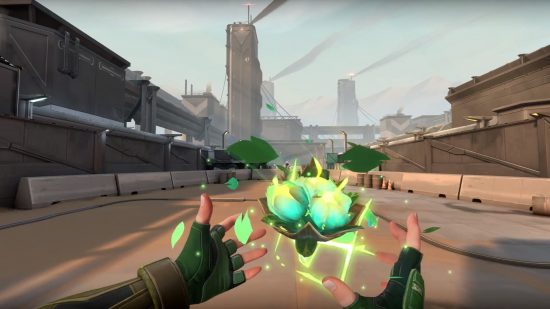 Below are the complete Valorant patch notes from the 5.09 update. Credit to Riot Games

While these changes won’t really affect the Valorant tier list too much, they’re worth bearing in mind when picking which Valorant characters you want to play. Additionally, if you’re looking to gun down Skye’s ult before it hits you, you’ll want to make use of the best Valorant crosshairs and codes to help you send her creatures back to whence they came.

Why mobile gaming is booming

Why mobile gaming is booming

These were the top Steam Deck games in October 2022

Xbox Game Pass gives you the chance to return to Monkey Island and Pentiment.